Icarus Films Marks Oct. 17 On Its DVD Release Calendar For The Domestic Debut Of Director Julie Bertuccelli's School Of Babel 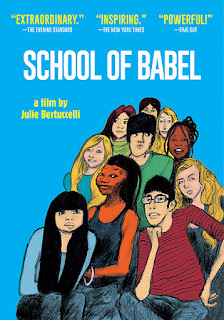 French filmmaker Julie Bertuccelli, who is perhaps best known to American audiences for her award-winning 2003 film release of Since Otar Left (two prestigious Cannes Film Festival awards, plus France’s César Awards winner) and her 2010 film adaptation of the Judy Pascoe novel, The Tree, turns her creative eye towards subjects in the non-fiction world of documentary filmmaking with School of Babel.

Icarus Films announced this past week that this film festival favorite will be making its domestic DVD debut on Oct. 17.

It is an interesting film in that the first few minutes with the non-French language speaking class at the Granges-aux-Belles school in Paris seems like noise and chatter … different languages being spoken by immigrants new to France who find themselves being mainstreamed in a special class.

The first day; the first class with their teacher, Brigitte Cervoni, begins with “bonjour,” which American audiences immediately recognize as “hello.”   However, you quickly discover that “hello” in each of the languages spoken by the participants can have many connotations … this will not be easy. 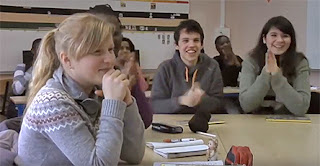 Filmmaker Julie Bertuccelli spent an entire year with the class, with much of the film work being handled by her.   She effectively immersed herself into the process, even to the point of attending progress updates with the parents.   During this year-long process we also discover the various reasons for these students — from the four corners of the earth — to be in Paris and in this class (some of which are life-and-death decisions).

With Bertuccelli’s School of Babel we, as viewers, get a sense of the process and the progress, plus there is an over-arching theme that comes through loud and clear … and that is hope.

School of Babel is presented in French with English subtitles. 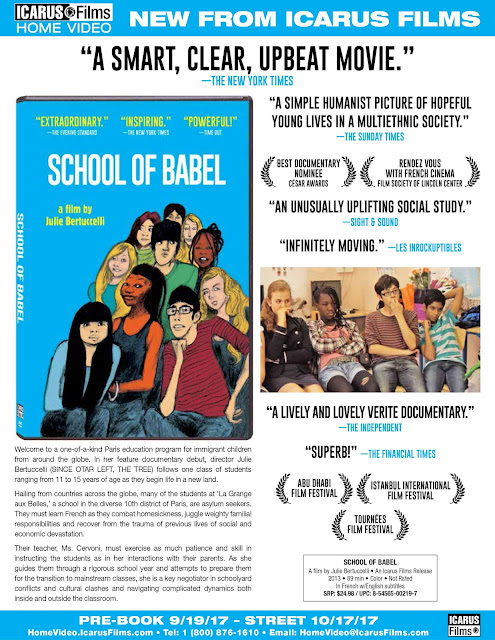