Wolfe Picks Nov. 7 For The DVD Debut Of Director Darren Thorton's A Date For Mad Mary 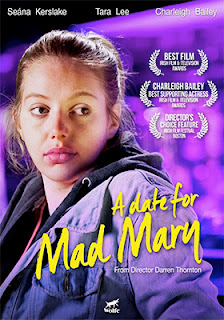 You might want to take note of Irish actress Seána Kerslake, who seemed to have come and gone with her 2012 performance in writer/director Kirsten Sheridan’s Dollhouse, as she is back and nothing short of a standout in Irish filmmaker Darren Thornton’s film adaptation of the Yasmine Akram stage play, “10 Dates for Mad Mary”  —  titled for the screen as A Date for Mad Mary.

Wolfe announced this past week that the domestic DVD rollout for A Date for Mad Mary will take place on Nov. 7.

To say that Mary (Seána Kerslake) is angry is an understatement.   She literally returns to society after six months in the clink to be the maid of honor at her friend Charlene’s wedding (Charleigh Bailey).   Bad enough, the timing and all of that, but in her absence things between her and Charlene have changed, and that heightens the anger and frustration that Mary is wearing on her sleeve.

Oh, and one other little nagging detail, Mary needs a date for the wedding, and Charlene won’t let her off the hook! 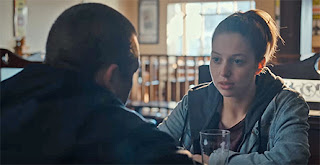 After a series of disastrous dates, which serve as both comic relief and to further bring out Mary’s complete lack of people skills (she is her own worst enemy) — imagine a young person, male or female, walking around blind, knowing; sensing that something is wrong, but just can’t put a finger on it.  We get to a point where we feel for Mary (Seána Kerslake is just outstanding in sketching out Mary’s persona), but there is also this sense that things are going to go south in a hurry.

In addition to finding a date for the wedding, Mary is charged with recruiting a videographer to record the blessed event.   And this brings us to Jess (Tara Lee — The Odd Life of Timothy Green, Moon Dogs), who gets the assignment, and a change of outlook for Mary.  Their friendship brings Mary to the realization that she is quite insane … insane in the sense of doing the same things over and over again and expecting a different result. 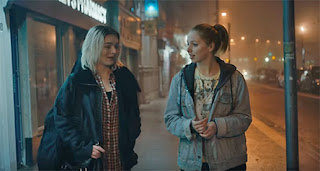 A Date for Mad Mary is a coming-of-age film that is not presented as a coming-of-age film.   It is only when it begins to dawn on Mary that everyone is moving on in their lives, while she is still fighting the same emotional battles of the past, that real change for her can take place.   There are some nice twists and turns along the way … but life is like that, even for “Mad Mary.”

Bonus features include a behind-the-scenes featurette and a closed captioning option (the Irish brogue can be a bit daunting here and there for the American ear). 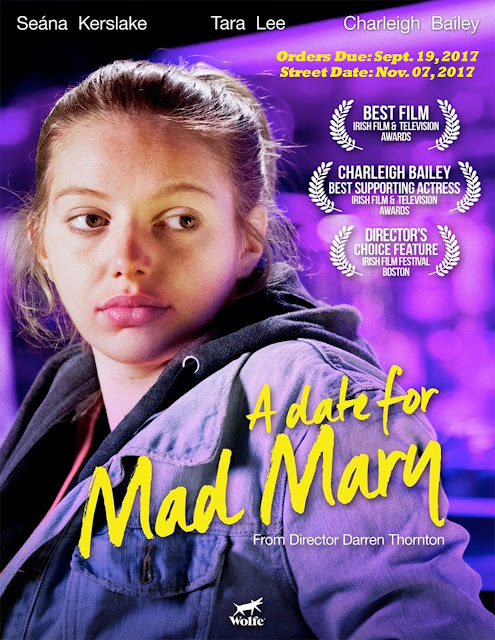 Email ThisBlogThis!Share to TwitterShare to FacebookShare to Pinterest
Labels: DVD and Blu-ray Release Report, Wolfe Picks Nov. 7 For The DVD Debut Of Director Darren Thorton's A Date For Mad Mary