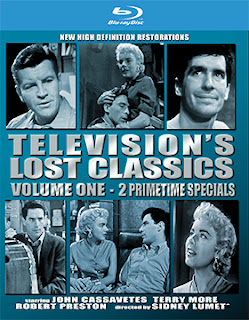 VCI Entertainment will be launching a series of lost classics from the Golden Age of television on Sept. 11 with release of both DVD and Blu-ray editions of Television's Lost Classics Volume One.

Included in this first collection, complete with commericals, are two vintage dramatic broadcasts featuring John Cassavetes.  Up first is the March 8, 1955 presentation of director Sidney Lumet’s The Elgin Hour: Crime in the Streets (which was made into a feature film the following year).

The companion broadcast is the Aug. 9, 1956 presentation of director Buzz Kulik’s Climax!: No Right to Kill. 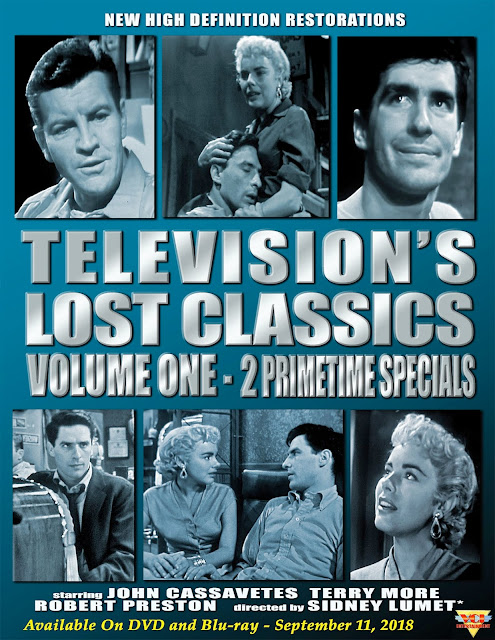