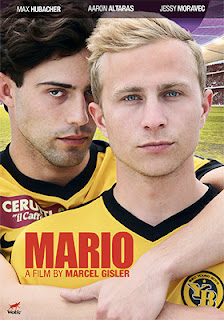 Wolfe announced this past week that the domestic DVD debut of Swiss filmmaker Marcel Gisler’s award-winning Mario will take place on Oct. 30.

The film played European markets — with a mix of festival showings — earlier this year and then began working the domestic film festival circuit to both critical praise and award accolades (winner Best International Feature at FilmOut San Diego in June of this year).

Gisler, who has scored both critical and commercial success with Rosie (aka: A Man, His Lover and His Mother) and the documentary Electroboy, turns his filmmaking talents to the high-pressure world of professional sports, which becomes all the more so when sexual orientation enters the equation.
Mario (Max Hubacher — The Captain, The Foster Boy), a handsome lad from the rural German-speaking (Swiss-German) area of Switzerland, is something of a star on his Under-21 soccer (football) club (think: minor league for professional soccer).   He has dreams of turning that talent into a pro career, made all the more urgent by his father (played by Jürg Plüss), who missed his chance. 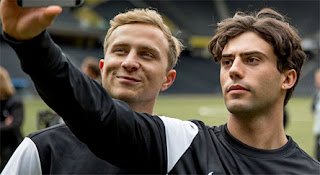 After an initial set-up to showcase Mario’s talent, the team’s coach announces that a new recruit from Germany will be joining the team, Leon Saldo (Aaron Altaras — Not All Were Murderers, The Invisibles), who will be sharing quarters with Mario (traveling to and from the countryside requires that he stay nearby).

After some awkward moments a relationship develops between Mario and the sultry Leon, which for the sake of their football careers must be kept secret (issues with the team’s sponsors, drugs and fan disapproval bubble just beneath the surface as career-killers).    Indeed, when rumors do begin to surface, Mario takes extraordinary measures to tamp them down by recruiting his childhood friend, Jenny (played by Jessy Moravec, who previously co-starred with Hubacher in writer/director Juri Steinhart’s Let the Old Folks Die) to be his girlfriend.   She has no problem with that as she as always had a crush on Mario. 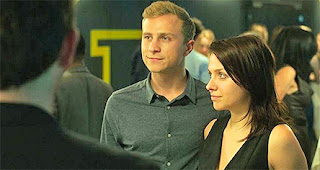 Without giving too much away, filmmaker Marcel Gisler maneuvers the story well-away from the cliché elements that oft-times clutter such relationships and flushes out the characters.   Mario, gets his chance, despite the rumors and is off to Germany with Jenny in tow (he has made his “bed,” so to speak, but can he live with it?), while Leon seemingly tosses it all away by not bending to the hypocrisy of it all.

Mario is presented in German/Swiss-German with English subtitles. 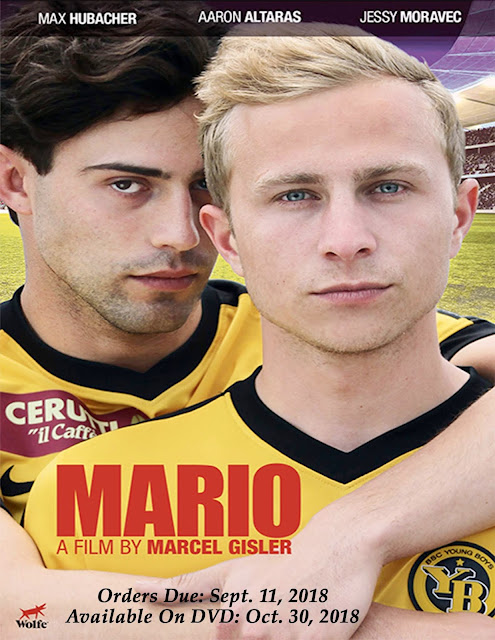