Arrow Video Preps The Blu-ray Debut Of Director John A. Alonzo's FM For Delivery To Music Fans On July 2 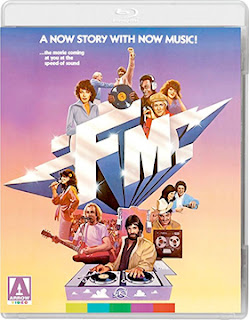 Driven by a marvelous soundtrack — which includes such artists as Jimmy Buffett, Steely Dan, Eagles, Linda Ronstadt, Bob Seger and Billy Joel (and more — FM was two-years in the making and is still a wonderful cinematic experience some 40 years later.

Universal Pictures, working with music industry insider Irving Azoff (who provided most of the talent), eventually had a falling out over creative differences … Dustin Hoffman, Richard Dreyfuss and Susan Blakely were all rumored to be involved, but they never panned out.   He still maintained an interest in the production (financially), but asked that his named be removed from the final credits.

The ultimate irony of FM radio lies within the storyline itself.   The thing that created the rise of the broadcast format — commercial free, extended playsets and room for DJs (aka: “radio personalities”) to explore new music and artists — ended up being the very things that would bring about its undoing (technology aside).   Greed.   Money. 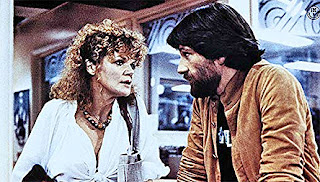 Filmmaker John A. Alonzo (who made his directing debut here … Oscar nominated for Chinatown as a cinematographer — other cinematography credits included work on such films as Norma Rae, Steel Magnolias, Star Trek: Generations and more) captures this perfectly with the various DJs — Michael Brandon as Jeff, Eileen Brennan as “Mother,” Martin Mull as Eric Swan, Alex Karras as Doc Holiday and Cleavon Little as the Prince of Darkness — who find that their success brings about the need by the owners of the station to sell more and more advertising (the greed factor).  This ultimately undercuts the whole incentive of FM radio over AM radio.
Bonus goodies include newly-prepared video sessions with actor Michael Brandon (acting gigs aside, he’s made a career for himself as the narrator for the Thomas & Friends children’s series) and screenwriter Ezra Sacks (Small Circle of Friends, Wildcats), plus a newly-produced featurette titled “The Spirit of Radio,” featuring film and music critic Glenn Kenny. 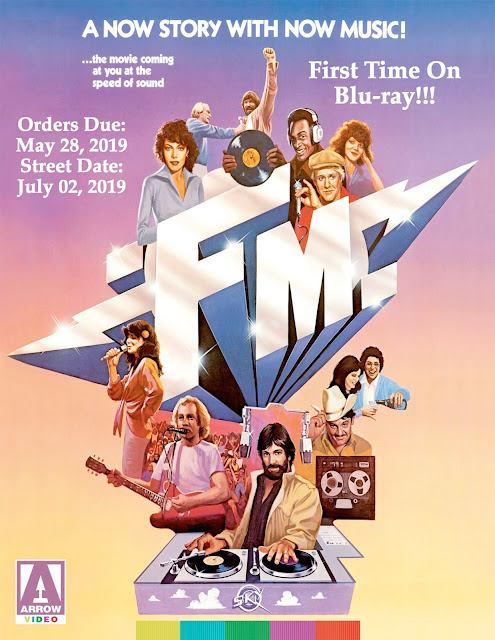 Email ThisBlogThis!Share to TwitterShare to FacebookShare to Pinterest
Labels: Arrow Video Preps The Blu-ray Debut Of Director John A. Alonzo's FM For Delivery To Music Fans On July 2