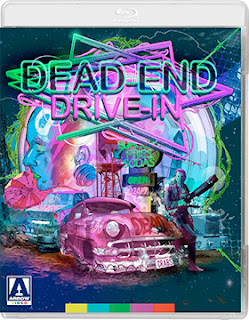 Leave it to Aussie filmmakers to come up with some creative views of the future.   Back in 1979 director George Miller delivered Mad Max, it was a theatrical hit and spawned a generation of sequels and film homages.

Just seven years after Mad Max another Aussie director by the name of Brian Trenchard-Smith came up with yet another post-apocalyptic vision, Dead End Drive-In.   And it too has stood the test of time … a genre fan tale of horrific delights.

Word arrived this past week that Arrow Video, with domestic sales and distribution expertise provided by MVD Entertainment Group, will be re-issuing the 2K restoration of Dead End Drive-In — from the original film elements — on Blu-ray this coming Nov. 12.

A visionary film, Dead End Drive-In speaks of a world that has collapsed economically, with many of the young people living without skills and addicted to sex, drug and punk rock music.    The iPhone has not yet arrived, but all of the elements of disaffected youth — isolation, loneliness and despair — are prevalent, just in a different form.

In this future world, the “authorities” have hit upon the perfect solution.   Prison camps — actually converted drive-in movie theatres — where the youthful, lay-about inmates are fed an unending dose of punk tunes, exploitation films (riddled with sex and violence) and all the drugs, alcohol and unhealthy foods they can consume. 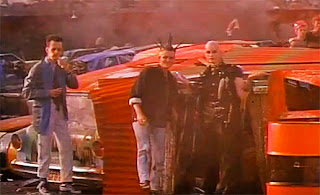 It is a junkie heaven, but in reality these places are hell on earth with the “prisoners” on a nihilistic mission of self-destruction … they simply accept their fate, drink, get drugged out and lose their minds to the music and violence.

Into this world comes Jimmy “Crabs” Rossini (Ned Manning), who just wanted the perfect date with the alluring Carman (Natalie McCurry), but ended up stranded at the drive-in.   He wants out, but everyone, including Carman, thinks the set-up is wonderful.   Food, entertainment, drugs, you name it, and the drive-in, the “dead end” drive-in, has it all.

Bonus features include commentary from filmmaker Brian Trenchard-Smith (The Quest, Night of the Demons 2, Arctic Blast), his 1973 feature-length documentary titled The Stuntmen (aka: Dare Devils) and his 1978 short film titled Hospitals Don't Burn Down. 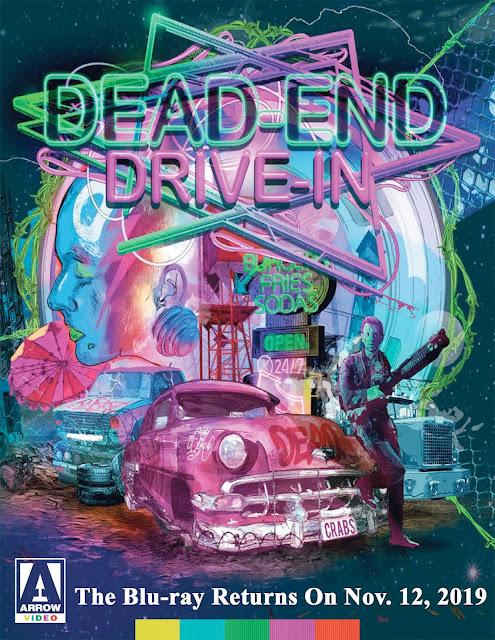