Marquee Collection Status For MVD Entertainment Group's Blu-ray And DVD Release Of Writer/Director Dito Montiel's A Guide To Recognizing Your Saints On Dec. 17 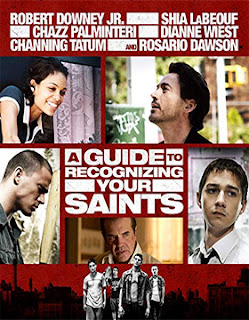 Word arrived this past week that MVD Entertainment Group’s popular Marquee Collection line of home entertainment packaged media products will be getting a new member on Dec. 17 when writer/director Dito Montiel's award-winning biographic drama (based on his book), A Guide To Recognizing Your Saints.

Both DVD and Blu-ray editions will be available on that date … Blu-ray for the first time!!
Dito Montiel's burst upon the scene in January of 2006 when it captured both the Directing Award and the Special Jury Prize at the Sundance Film Festival.   A Guide To Recognizing Your Saints then proceeded to work the festival circuit, gathering-up more awards and solid critical reviews, through the end of the summer.   In late September of 2006 the film got a very limited theatrical release by way of an independent distributor, never rising above 60 screens nationwide.

In early 2007 it was released, again independently, on DVD and that was it.  Despite starring Robert Downey Jr. and Shia LaBeouf (just before his breakout in Disturbia and Transformers) as filmmaker Dito Montiel at various ages (2006 and 1986), the film never got the full exposure that it deserved.    Until now, that is. 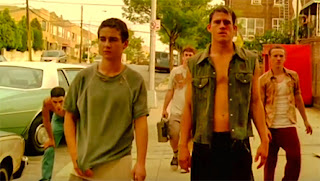 We follow Montiel in his old neighborhood in Queens (LaBeouf) and the often violent-filled events that shaped his life in 1986 … the story jumps back and forth to current times (with the adult Montiel played by Robert Downey Jr.) as a successful writer revisiting his old stomping grounds and connecting with the people of his past. 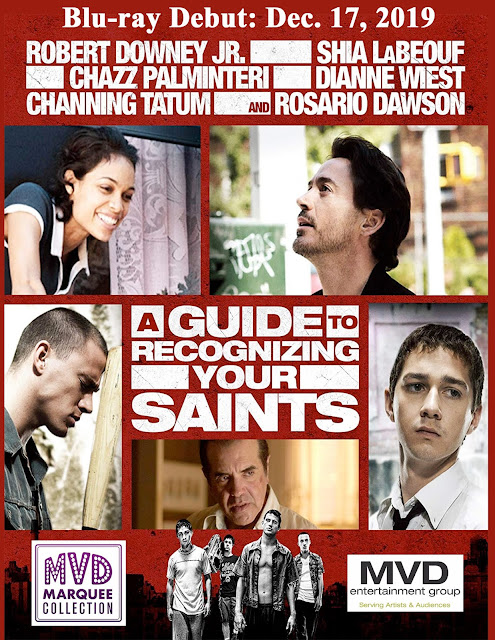 Email ThisBlogThis!Share to TwitterShare to FacebookShare to Pinterest
Labels: Marquee Collection Status For MVD Entertainment Group's Blu-ray And DVD Release Of Writer/Director Dito Montiel's A Guide To Recognizing Your Saints On Dec. 17