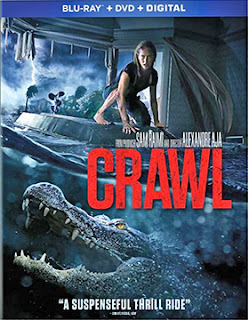 Come on folks, who could possibly believe that a hurricane could slam into Florida?   Pure fiction … oh, ahhh, wait, didn’t something like that happen this past week?  OK, so maybe we could have hurricanes in Florida, point conceded.

But certainly there aren’t any real alligators left in the Sunshine State.   Florida Gators is just a university mascot, right?   Those gator attacks you hear about in the news — a little seven-year old girl, a 24-year old woman, etc., etc. — that’s fake news, right?

We don’t have any gator attacks out here in California … the occasional mountain lion and lots of coyotes to be sure, but no gators, so it is all just a myth or just something you tell little kids to keep them from swimming in murky canals and lakes, right?

Now suppose screenwriting brothers Michael and Shawn Rasmussen put these two far-fetched things together.   A hurricane in Florida and gators, it might work, oh, wait, this is the same writing-duo that gave genre fans The Inhabitants and Dark Feed (nice indie chillers), so maybe a movie, directed by, for example, Alexandre Aja (who gave us the re-boot of The Hills Have Eyes and Piranha 3D), might work.

Fine, enough with the teasing!  Genre fans got chills and thrills and jolts-aplenty in mid-July when Crawl opened up theatrically and pulled in a solid $39 million.  It was a huge word-of-mouth creature-feature that combined the elements of being isolated and on ones own in the middle of a hurricane with the terror of being stalked by a hungry gator.

Paramount Home Media announced this past week that the terror of Crawl, starring Kaya Scodelario as Haley (as Teresa in the Maze Runner movies, plus as Effy Stonem in the Brit-TV series, Skins), the dutiful daughter who ignores orders to evacuate to help her father (played by Barry Pepper, who co-starred with her as Vince in Maze Runner: The Scorch Trials and Maze Runner: The Death Cure … and won the Emmy for his portrayal of Robert F. Kennedy in The Kennedys mini-series), will be ready on Oct. 15 as both DVD and Blu-ray/DVD Combo Pack product offerings.

For the record, that mid-October release date yields an ARR of 95 days.

Kaya knows it is coming … get out is the warning.   But, she can’t get a hold of her father, Dave.   He’s not at the condo, but Sugar, his dog is.   Perhaps, she reasons, he’s out at their old house in Coral Lake and despite every reason to turn tail and run, she heads there.

It’s a nice set-up … Haley, along with Sugar, has placed herself in a no turning-back situation and in doing so we know, as the audience, that there will be no help coming (and any help that does happen by gets eaten). 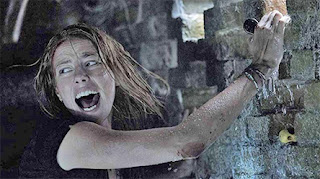 The next element in this edge-of-your-seat thriller takes place at Dave’s old home, complete with a crawl-space under the house.   She finds him there, hurt and unable to escape … the water is rising and in comes the gators.   Trapped, they will both either be drowned or be eaten unless they can escape to the upper part of the house.

Crawl is a summer thrill ride that delivered the goods.    Dog, father, daughter, a swarm of hungry gators and the unrelenting fury of a hurricane … a non-stop adrenaline rush!!!
Bonus features include an alternate opening, deleted and extended scenes and a trio of featurettes — “Alligator Attacks,” “Beneath Crawl” and “Category 5 Gators: The VFX of Crawl.” 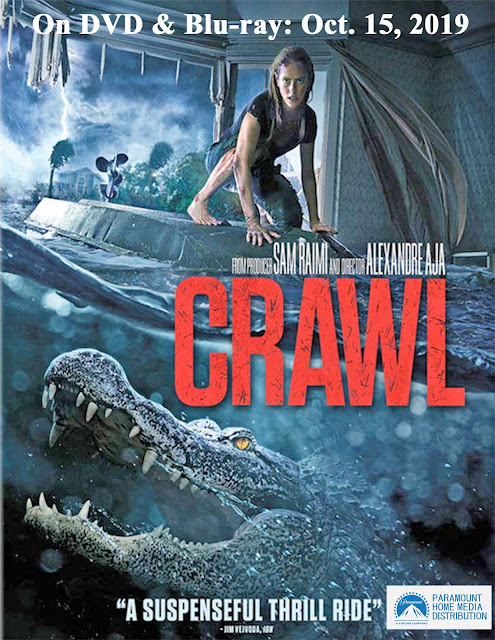