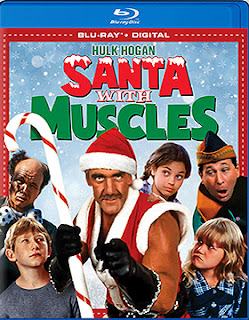 It’s beginning to look a lot like Christmas!!!   And yet the college football season is just beginning and summer-like conditions prevail, but it’s the beginning of the Christmas season nonetheless as Mill Creek Entertainment announced its first wave of holiday-themed collectibles available on DVD and Blu-ray this past week.

Kicking off the parade of hits on Nov. 5 is the Blu-ray debut of director John Murlowski’s 1996 funfest, Santa With Muscles, starring WWF icon Hulk Hogan as billionaire Blake Thorne, who makes Scrooge look like a pleasant fellow.

Blake detests the Christmas season and all that goes with it until he has to avoid the police (a little paintball stunt that got out of hand) and he has to hide “unnoticed” at local mall until things cool down.   To blend in, he dons a Santa suit and settles down to wait-out the authorities, but things don’t go quite as planned (what’s the fun in a miserable human being getting “away with it”). 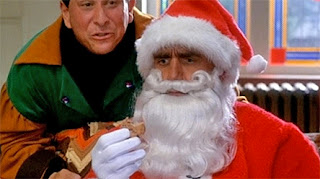 With the police in hot pursuit, including Officer Hinkley (Clint Howard), Blake, Santa costume and all, jumps into a trash chute and miraculously disappears from his pursuers only to be clunked on the head by a load of trash.   Dazed, and egged-on by a mischievous “Elf” named Lenny (Don Stark — Star Trek: First Contact, Peggy Sue Got Married, Café Society), who is actually a small-time hustler who sees dollar signs dancing about if he can take advantage of Blake’s amnesia and keep him in full Santa-mode. 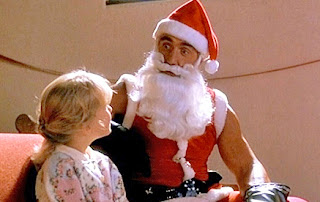 However, things for Lenny the Elf don’t go quite as planned either as he and “Santa” end up battling evil scientists headed by Ebner Frost (Ed Begley Jr.), who want to shut down an orphanage and toss the little children out into the street (they need the property for some sort of sinister research).   But this isn’t just any Santa, with Hulk Hogan in the red suit these evil-doers will prove to be no match against this “Santa with Muscles!!!” 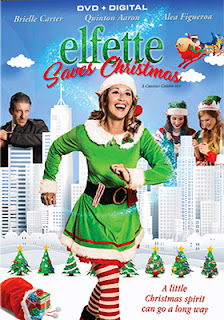 Also keeping with the Christmas theme on Nov. 5 is the DVD debut of director Christian Cashmir’s Elfette Saves Christmas, starring Brielle Carter in her film debut as a vacationing elf (by the name of Elfette), who is suddenly thrown into a real Christmas mess when Santa Claus (played by Quinton Aaron — The Blind Side, Paranormal Movie) is kidnapped by mobster Little Georgie (George Vricos)!

Elfette just happens to be the closest to the situation, but she is a real fish out of water (so to speak) in the human world and doesn’t know quite where to begin in her attempt to rescue Santa and save Christmas.   To make matters worse there’s an evil elf-hunter by the name of Ernest Killingsworth III (Zachary Vasquez — Baywatch, Don't Shoot the Messenger) out to catch as many elves as he can.   And poor little Elfette could be his next victim! 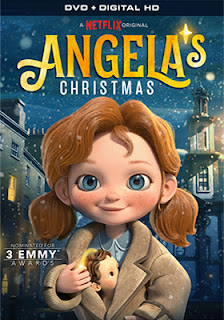 Join the fun on Nov. 5 and see if Elfette can accomplish the impossible, rescue Santa, avoid Killingsworth and save Christmas.   Elfette Saves Christmas includes Digital Copy.

The story takes place in Limerick, Ireland in 1914 and follows events in writer Frank McCourt’s mother’s life when she was just a child of six.   Angela is voiced by Lucy O'Connell, with Ruth Negga (Best Actress nominee for Loving) providing the voice of her mother. 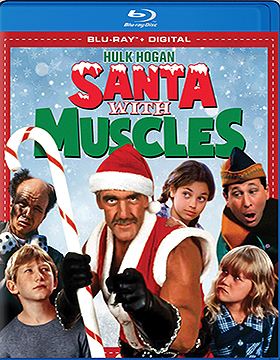