Icarus Films Looks To Nov. 12 For The DVD Debut Of Documentary Filmmaker Emma Christopher’s They Are We 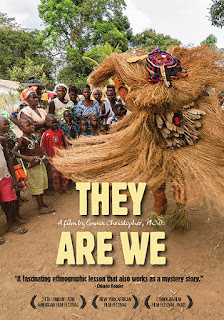 If you would like a film with an uplifting tone, then look no further than Australian historian and celebrated author-turned-documentary filmmaker Emma Christopher’s They Are We.

Icarus Films announced this past week that her award-winning film, They Are We, will be making its DVD debut on Nov. 12.

As the author of “Slave Ship Sailors and their Captive Cargoes” and “A Merciless Place,” Emma Christopher had put in the time researching the history of the slave trade and along the way she picked up tantalizing tales and stories that piqued her interest … the threads of one of these “stories” are woven together in her film.

As to the subject of They Are We, she put in two years just gathering the details, doing the research, and then began the long and arduous process of connecting the dots.   The payoff is wonderful.

In Cuba, she recorded the dances and songs of the Gangá-Longobá, black Cubans, who are the descendants of slaves.   The average life expediency of a slave arriving in the Caribbean back in the 1700s and 1800s was just seven years … slaves from here, from there, who had to develop their own language just to communicate between themselves.

Somehow the Gangá-Longobá, in Cuba, were able to hang on to the elements of their African culture and pass along the songs and dances relating to the culture of their lost homeland from generation to generation.

In Sierra Leone, in the remote village of Mukpangumba, Christopher learned the ways of the people, immersed herself in their daily life, not just as an observer, but as a participant.   It is here that she shared her videos and recordings of the Gangá-Longobá from El Municipio de Perico in the Matanzas region of Cuba. 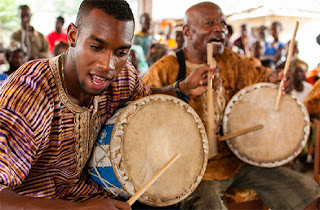 To the delight of all, the title of her film was born when the villagers of Mukpangumba responded with the acclaim, “The are We!!”

It gives you chills.   180 years (and more) of separation and suddenly in a moment of song, distant cousins are connected.   But it gets better, Emma Christopher and her crew went through the process of getting the permits and permission to bring members of the Gangá-Longobá, among them Yandrys Izquierdo and Humberto Casanova, to Sierra Leone to share their music and dance with the Mukpangumba villagers … it was a home coming, a celebration of life, and filmmaker Emma Christopher was there to capture all of it on film.

They Are We, a tale of hope and celebration, on DVD from Icarus Films on Nov. 12.   And, we might add, Yandrys Izquierdo and Humberto Casanova brought with them more than music and dance, but introduced the children of Mukpangumba to another love of theirs, baseball!!!

Bonus features include additional and deleted scenes.   They Are We is presented in English and Spanish, with English subtitles. 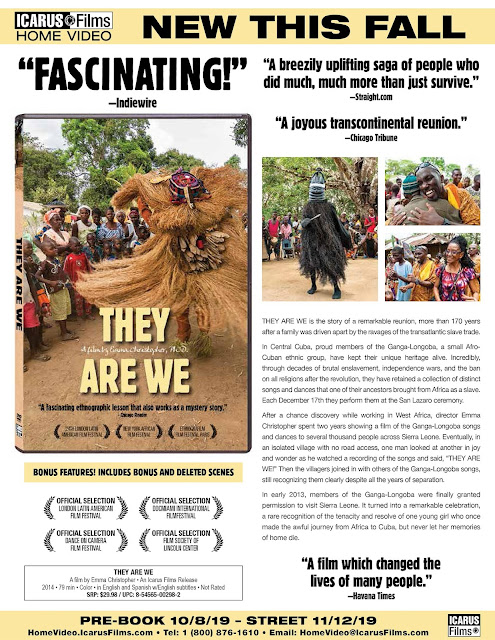 Email ThisBlogThis!Share to TwitterShare to FacebookShare to Pinterest
Labels: Icarus Films Looks To Nov. 12 For The DVD Debut Of Documentary Filmmaker Emma Christopher’s They Are We