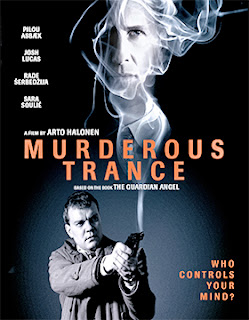 Intense, mind-ripping and based on actual events, MVD Entertainment Group announced this past week that writer/director Arto Halonen’s Murderous Trance will be available as both DVD and Blu-ray product offering on Feb. 9.

Arto Halonen is a renowned, award-winning documentary filmmaker, and he certainly toyed with the idea of telling the story of a sociopath and convicted criminal Björn Schow Nielsen as a straight-forward documentary.   But the tale of this mastermind villain was simply too juicy for that, so he put out the word for A-list actors to participate in a dramatic retelling of Nielsen’s diabolical “Moriarty-like” crime.

Josh Lucas (Ford v Ferrari, Breakthrough, The Lincoln Lawyer, A Beautiful Mind) took on the role of Nielsen, who had been sentenced to prison for crimes during the Nazi occupation of Denmark.   While there, he started planning the perfect crime — seriously, the perfect crime — and to accomplish that he hit up the idea of using the power of hypnosis.

Nielsen zeroed-in on fellow convict by the name of Palle (Cyron Melville — Love and Rage, A Royal Affair, Fighter), took the impressionable young man under his wing and began practicing hypnotism on him.   But it was more than that, it was a sort of mind control.

Both are released from prison, the war is long-since over, it’s now 1949/1950 and it is time to turn the page on the past.   Nielsen had programmed Palle, with “suggestions” that would put him into a trance … and the crime, murder, with Palle the murderer and Nielsen the puppet-master.

This is all true.   Palle walks into a bank, robs it and then murders two bank tellers at point blank range.   He is caught and has no idea of the crime he has committed.

Enter our “Sherlock Holmes” in the case, a true case, in the form of detective Anders Olsen (Pilou Asbæk — as Euron Greyjoy in Game of Thrones, plus such films as A War, Silent Heart, A Hijacking, etc.), who questions Palle and sees something “amiss” in the crime.

Murderous Trance becomes a suspense-thriller as the cat and mouse game of the investigation of the “perfect crime” unfolds.   Olsen recruits Dr. Dabrowski (Rade Serbedzija — The Liberation of Skopje, The Saint … as Prince Kuragin in the Downton Abbey cable series), a hypnotist to help him unravel the mystery.

But, it is even more devious than it appears as Nielsen has set his sights on detective Olsen in a most-sinister way (we will not give that plot point away here).   Let’s just say that if you love a mystery, Murderous Trance is one dark alley of a thriller … on DVD and Blu-ray from MVD Entertainment Group on Feb. 9.

As to bonus goodies, there are a series of four featurettes under the banner “Mystery of Hypnosis,” plus two additional featurettes — “Tom Silver: Hypnotist on Murderous Trance” and “The Making of Murderous Trance” — and four separate video sessions with cast members Josh Lucas, Pilou Asbæk, Rade Šerbedžija and Sara Soulié. 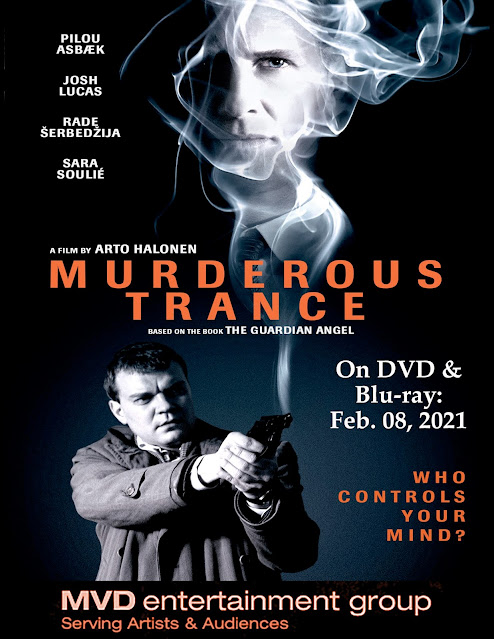