The Criterion Collection Announces It February Of 2021 Film Restoration Slate 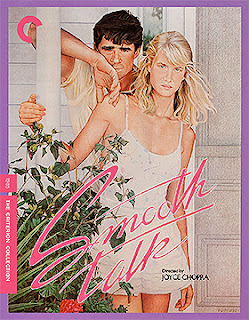 The Criterion Collection announced its February slate of new film restorations this past week.   Topping the list (which is always subjective) is a new 4K film restoration of director Joyce Chopra’s overlooked and very under-appreciated 1985 film adaptation of the 1966 Joyce Carol Oates short story, “Where Are You Going, Where Have You Been?,” which was combined with elements of the “Girls at 12” segment from Chopra’s self-titled 1975 documentary to yield Smooth Talk.

The concept had rattled around in Chopra’s head for some time; ten years perhaps.   She was fascinated by the social-interactions of the teenage girls in her documentary, the coming of age … the conceits, the patterns, the social interactions, but wanted to give that an edge.   Enter Oates short story about the murders committed in Arizona by Charles Schmid, featuring the charismatic character by the name of Arthur Friend (aka: A. Friend).

The two elements were combined into a screenplay by Chopra’s husband Tom Cole (To Kill the King, Streets of Gold) with Laura Dern cast in the lead as the promiscuous 15-year old teenager, Connie Wyatt.   Treat Williams was the glib-with-the-tongue seducer, A. Friend. 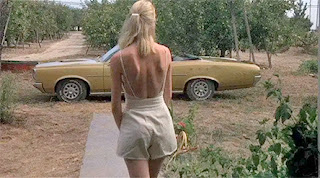 The film opened “technically” at the Toronto International Film Festival in early September of 1985, had a two-screen theatrical push (to qualify for Oscar consideration) in November of that year and then was showcased at Sundance Film Festival in January of 1986, with Chopra capturing the Grand Jury Prize.

After that it went into limbo.   It found its way to VHS in 1990, a couple of DVD releases followed and now, on Feb. 23, 2021, the Criterion Collection will be issuing both DVD (double-disc) and Blu-ray editions of the director Joyce Chopra’s Smooth Talk.

Bonus goodies include a newly-minted video session with director Joyce Chopra, three of her short films, Joyce at 34, Girls at 12 and Clorae and Albie, an audio reading of the Life Magazine piece on “The Pied Piper of Tucson” and a Q&A session at the 2020 New York Film Festival moderated by TCM host Alicia Malone.

Email ThisBlogThis!Share to TwitterShare to FacebookShare to Pinterest
Labels: The Criterion Collection Announces It February Of 2021 Film Restoration Slate