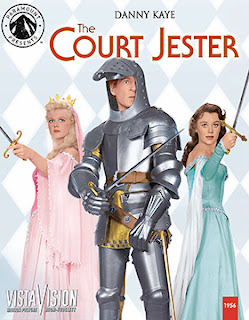 Two massive sets were built on the Paramount lot for director Melvin Frank’s 1956 comedy gem, The Court Jester, headlining Danny Kaye, and even with the film being shot on the lot, it still took nearly twice as long as to complete.   It went over-budget too.   And, when released in January of 1956 it did not do well at the box office.

Long on its production schedule, over-budget and an under-performer at the box office, that usually spells disaster, but in the case of The Court Jester, time has marked it as a comedy classic; one for the ages.

Paramount Home Media announced this past week that a 65th Anniversary Edition of The Court Jester will be joining its popular “Paramount Presents” promotional line of Blu-ray products on Jan. 26.

A new 6K film transfer from the original VistaVision negative (in glorious Technicolor) is in the offing for this anniversary edition … it should really pop!! 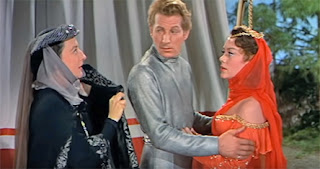 Vaudeville routines, some recycled jokes and a trip back to England during the Medieval period, combined with an intricate musical score (from Vic Schoen) to make for one merry musical comedy.   It is here that we meet Hubert Hawkins (Danny Kaye), a one-time entertainer who would like nothing more than to settle down with the Maid Jean (Glynis Johns — The Sundowners, Mary Poppins, 49th Parallel, etc.), but that won’t be an easy task.

The pair have been assigned the task, by the Black Fox (Edward Ashley), to protect the rightful heir to the throne, an infant with a unique birthmark.   From that point on the plot gets very complicated as Hubert assumes the identity of Giacomo (John Carradine), “King of Jesters and Jesters of Kings,” who is actually an assassin in disguise.   This puts the unaware Hubert in a pickle in that he has been hired by Lord Ravenhurst (played in perfect villain form by Basil Rathbone), the very person that him and Jean are to protect the infant king from, to do away with his rivals. 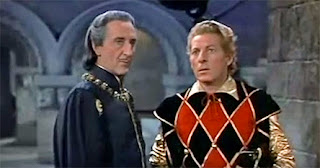 That’s the whole point of the comedy.   Confusion, changing identities, mistaken identities and a little hocus pocus from the sorceress Griselda (Mildred Natwick) and you’ve got chaos in the castle courtesy of Danny Kaye.   Oh, oh, and we almost forgot about the Princess Gwendolyn (Angela Lansbury), who is a pawn in Ravenhurst’s scheme … he wants to marry her off to Griswold (Robert Middleton) to secure an alliance.

We said it was confusing … so be sure to join the confusion on Jan. 26 when Paramount Home Media releases this pristine Blu-ray edition of The Court Jester.   Included on this 65th Anniversary presentation is the newly-prepared feature titled “A New Filmmaker Focus with film historian Leonard Maltin.” 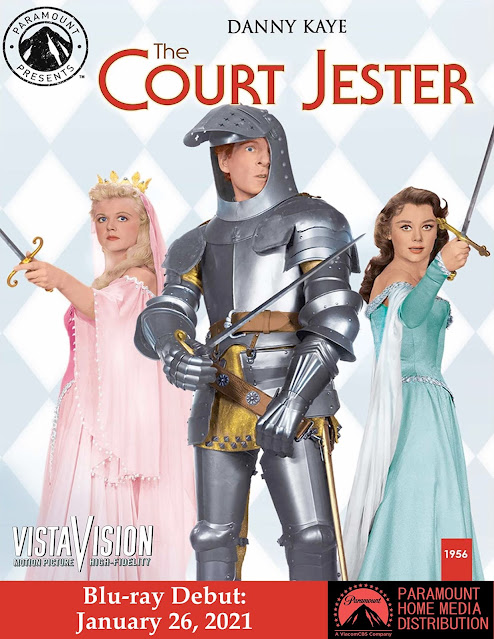