Hardball And Breakdown Head To Blu-ray On Sept. 21 From Paramount Home Entertainment 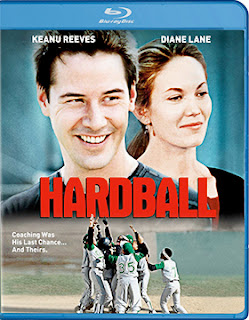 Paramount Home Entertainment announced this past week that there will be a 20th Anniversary celebration on Sept. 21 with the Blu-ray debut of director Brian Robbins’ 2001 film adaptation of Daniel Coyle’s book, “Hardball: A Season in the Projects,” which was shortened for its theatrical release to just Hardball.

Keanu Reeves, between Matrix movies, did The Replacements, The Watcher, Sweet November and this gritty fish-out-of-water story about an addicted gambler who must coach a group of unruly and undisciplined kids to find redemption.

Bonus features for this edge-of-your-seat thriller include newly-prepared commentary with Kurt Russell and filmmaker Jonathan Mostow, an alternate opening (with optional commentary from Mostow) and a trio of featurettes — “Filmmaker Focus: Director Jonathan Mostow on Breakdown,” “Victory is Hers” and “A Brilliant Partnership.”

Email ThisBlogThis!Share to TwitterShare to FacebookShare to Pinterest
Labels: Hardball And Breakdown Head To Blu-ray On Sept. 21 From Paramount Home Entertainment