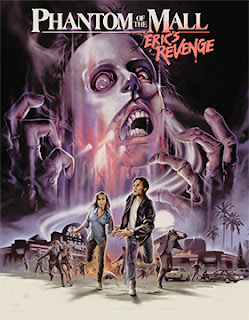 Arrow Video, with domestic sales and distribution expertise provided by MVD Entertainment Group, has a new 2K film restoration of director Richard Friedman’s 1989 horror tale, Phantom of the Mall: Eric's Revenge, lined up for a double-disc Blu-ray rollout on Nov. 23.

Eric Matthews (Derek Rydall — Popcorn, Night Visitor), a high school senior, is in love.   Her name is Melody, played by Kari Whitman (Forced to Kill, Chained Heat 2, etc.) in her film debut.   Prior to this she did have a couple of walk-ons in other films, including as a Playboy Bunny in Beverly Hills Cop II, which was typecasting since she was actually a “Playboy Playmate of the Month.”

In any case, their love is doomed when Eric cavalierly ignores a warning letter from a local developer who want his parent’s home and property as part of a mall development.  Eric is murdered, burned to death when they torch the place … Eric saves Melody and before she too can be murdered police arrive … Melody goes on with her life, but she might be marked for death! 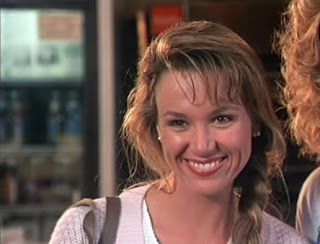 It’s now one year later and the new mall is having its gala opening, a swank private party for the investors, which is hosted by the developer, Harv Posner (Jonathan Goldsmith, aka: Jonathan Lippe — Hang ‘Em High, Go Tell the Spartans) and the town’s mayor, Karen Wilton (Morgan Fairchild).   Attending the party is none other than Melody, who now works at the mall with her buddies, Buzz (Pauly Shore) and Suzie (Kimber Sissons) … and there is someone else in the new mall that night, Eric.   He was badly burned, but survived.

In a riff on The Phantom of the Opera, the masked Eric sets about to get his revenge on those responsible and has been hiding out in the mall during its construction.   What makes it doubly-sad is that Melody has moved on, she has a new love, Peter Baldwin (Rob Estes — he would go on to star in both Silk Stockings and Melrose Place)! 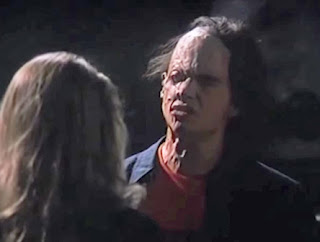 Will Eric have his revenge?  Will Melody and Peter become victims?   Will the mall even survive Eric’s wrath?   Nov. 23 to find out,

As to bonus features, there are three viewing options.   The original theatrical cut, a scaled-down television version and the “Integral Fan Cut” of the film.

The theatrical cut of the film (on one of the two Blu-ray discs) includes commentary from director Richard Friedman, the new documentary titled Shop Til’ You Drop!: The Making of Phantom of the Mall and there is a second commentary option featuring disc producer Ewan Cant and film historian/author Amanda Reyes.

Other bonus goodies include alternate and deleted scenes and the featurette titled “The Vandals Go to the Mall.” 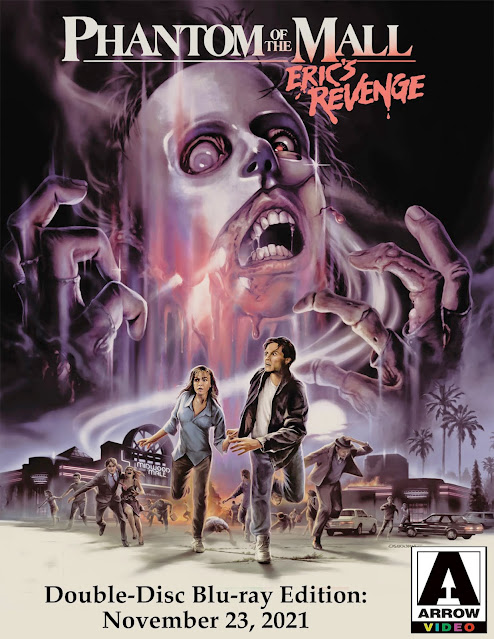