Mill Creek Entertainment Has Selected Nov. 16 For The Blu-ray Debut Of Josie And The Pussycats 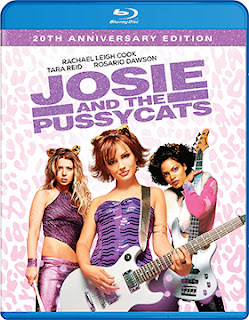 It’s a party and you are all invited!!

Mill Creek Entertainment announced this past week that the writing and directing team of Harry Elfont and Deborah Kaplan’s 2001 upbeat musical comedy and over-the-top satire, Josie and the Pussycats, will be celebrating its 20th Anniversary on Nov. 16.

Josie and the Pussycats: 20th Anniversary Edition is the long-await Blu-ray debut of the film … and it comes packed with extras.

Critics at the time thought it was a comedy, with music, loosely based on the Hanna-Barbera animated television series, and so the presumed target audience would be kids and tag-along moms.   When it wasn’t exactly what they thought it was, they didn’t know what to make of it.

Imagine walking into a movie titled Bambi with a group of five-year-olds and find that it is actually a tell-all about hunting game animals; the ins-the-outs of it, the tricks to lure prey, etc. … and top it off with skinning, preparing the meat and more. 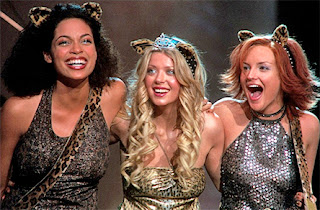 Josie and the Pussycats is actually a satire on pop culture, the commercial exploitation by major corporations and famous for just being famous.   It is not, as it turns out, a live-action theatrical version of the animated children’s show.

Over the years it has developed a following, not only for the story, but for the cast members and what they’ve done since.   The band is comprised of Rachael Leigh Cook as Josie and her bandmates Tara Reid and Rosario Dawson, who beat out no less than Beyoncé, and TLC’s Lisa "Left Eye" Lopes for the role.

Bonus features include commentary from filmmakers Deborah Kaplan and Harry Elfont, who are joined by producer Marc Platt, deleted scenes, the featurette titled “Backstage Pass” and three music videos from the film. 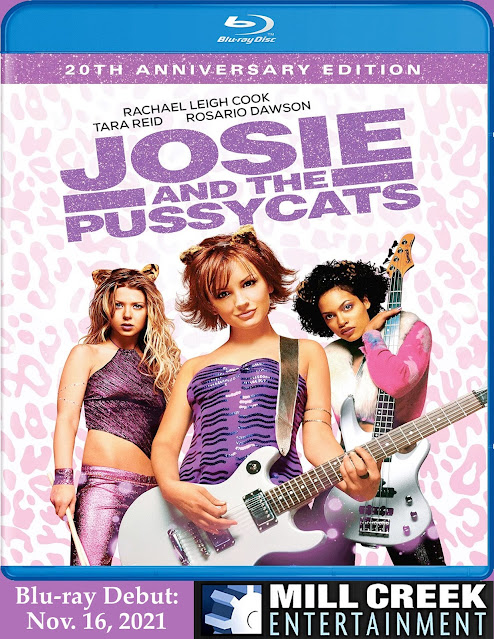 Email ThisBlogThis!Share to TwitterShare to FacebookShare to Pinterest
Labels: Mill Creek Entertainment Has Selected Nov. 16 For The Blu-ray Debut Of Josie And The Pussycats