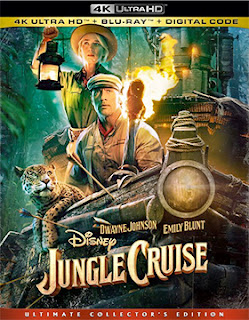 Up until Friday, Sept. 10, it was all in for Disney+ and it didn’t matter if exhibitors suffered or the home entertainment package media marketplace was just an afterthought.

Piracy was the result with the day/date release pattern that the studio had locked into … a Disney+ debut and hours later a pristine master had been delivered and online “retailers” were busy taking orders.

Walt Disney Studios Home Entertainment did little, if anything to stomp it down.   Sigh.

Sanity, however, was restored on Friday with the studio’s announcement that future theatrical releases would have a 45-day window before Disney+ would kick into action.   That’s a start.   Perhaps someone at the studio took note that the so-called “Hollywood” studios — Paramount, Warner Bros., MGM, etc. — had spent the past 100 years building a theatrical distribution model that gave them dominance over domestic distribution.   Throwing that away was foolish.

Perhaps, it was China’s awakening to “we don’t need you any longer, we’ve stolen the tricks of the trade from you.”   Stream-away and soon there will be no need for a “Hollywood” studio system.    Nothing like being both woke and stupid at the same time … eventually reality sinks in.

For director Jaume Collet-Serra’s Jungle Cruise that ship had sailed, metaphorically speaking.   Day/date on Disney+ and the result was piracy galore.

With that said, word also arrived from Disney this past week that Nov. 16 will be the street date for a three-SKU product offering of Jungle Cruise, starring Dwayne Johnson and Emily Blunt.   It has been pirated on both DVD and Blu-ray since it opened at the end of July, but, hey, it’s like a pesky mosquito … not worth the effort of taking it down.

For the record, the ARR comes in at 109 days and domestic box office receipts currently stand at $105.7 million.   With Disney+ viewers and this level of pandemic box office, it is hard to argue that any time or effort should be wasted on the little bites that the pirates take these days.   A cost of doing business, right?   Well, maybe, just maybe, the Friday announcement of date-shifting for Disney+ rollouts signaled that the little bites were beginning to have an impact ... you loved to be a fly on wall.

As to SKU configuration, there will be Combo Pack editions available for the 4K Ultra HD (with Blu-ray) and Blu-ray (with DVD) formats, plus a stand-alone DVD edition.