Ronin Flix Restores The Digs Of War For Blu-ray Release On Nov. 23 • International And Domestic Cuts Of The Film Included 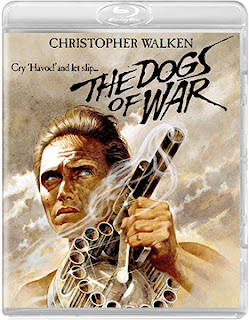 Ronin Flix, with sales and distribution support provided by MVD Entertainment Group, has its sights on Nov. 23 as the street date for a new 2K film restoration of producer Norman Jewison’s 1980 film adaptation of the Frederick Forsyth novel, The Dogs of War.

Jewison, who had twice been nominated for Best Director (In the Heat of the Night and Fiddler on the Roof) and the same for Best Picture (as a producer for The Russians are Coming the Russians are Coming and Fiddler on the Roof) elected to produce, but not direct Forsyth’s novel, instead turning to British documentary filmmaker John Irvin to handle the task — he had just wrapped the mini-series adaptation of the John le Carré novel Tinker Tailor Soldier Spy.  This would be Irvin’s first theatrical directing assignment (later such films as Raw Deal, Hamburger Hill, Robin Hood, etc.).

With Norman Jewison producing it seemed certain that Steve McQueen would get the coveted lead role of Jamie Shannon.   The pair had collaborated on The Cincinnati Kid and The Thomas Crown Affair, but by 1979 McQueen’s health had become an issue and he was no longer an option.

Both Eastwood and Nolte’s names appeared in the trades as possible leads, but the role ultimately went to Christopher Walken, who had just won the Best Supporting Actor Oscar for his role in The Deer Hunter. 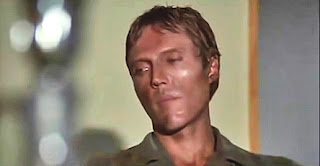 Set in Africa, both Jewison and Irvin felt that it was simply too dangerous to shoot the film on location there.   They found the perfect substitute in Belize, which had a large English-speaking Creole population and the jungle and beaches necessary to double for West Africa (story is drawn from Forsyth’s experiences with the Nigerian and Biafra conflict of the late ‘60s).

At the heart of the story are the mercenaries, specifically Jamie Shannon and his “associates,” who are used by Western corporate powers to gain access to raw materials by “installing” friendly governments.   No longer is there the need for armies and nation-building … just send in the mercs and kill anyone that stands in the way.

As to bonus features, both the domestic theatrical cut of the film, as well as the international presentation are included here.   There are extensive video sessions with actors Paul Freeman (as Derek) and Maggie Scott (as Gabrielle), writer George Malko, first assistant director Anthony Waye, production designer Peter Mullins (Revenge of the Pink Panther, The Pink Panther Strikes Again, The Return of the Pink Panther) and costume designer Emma Porteous (Clash of the Titans, Aliens, Judge Dredd). 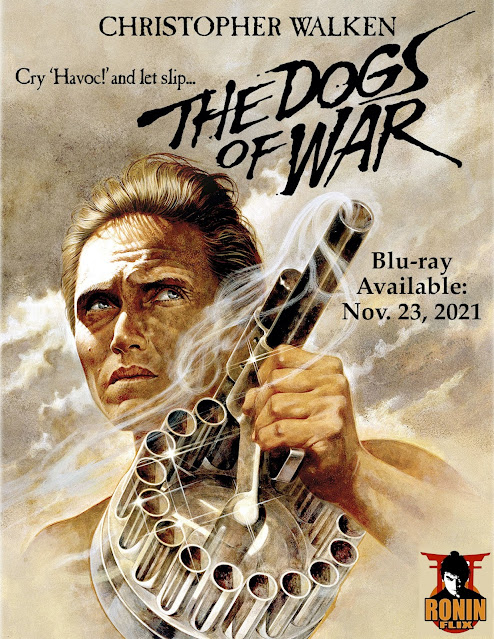 Email ThisBlogThis!Share to TwitterShare to FacebookShare to Pinterest
Labels: Ronin Flix Restores The Digs Of War For Blu-ray Release On Nov. 23 • International And Domestic Cuts Of The Film Included