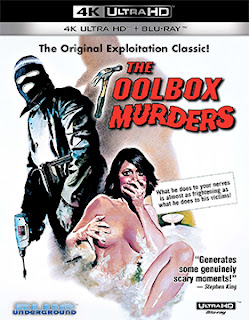 What can you do with a drill, a hammer, a screwdriver and a nail gun?   Build something?   Sure, that’s one answer, but in Donnelly’s streets of Los Angeles thriller, these tools are used as murder weapons by a grieving father who has become obsessed with good and evil and what God would do to rid the world of sinners.

Vance Kingsley (Cameron Mitchell — Cass Timberlane, Flight to Mars, Hell and High Water … as Buck Cannon in The High Chaparral) has lost his daughter in a car accident and can’t quite come to grips with it.   His solution is to go on a killing spree, but not just any victims mind you, but women that he knows are sinful.   Yes, Kingsley is twisted.

Why does he use tools?   He owns an apartment complex and they come in handy for making repairs.   He also knows where his victim pool of “sinners” live. 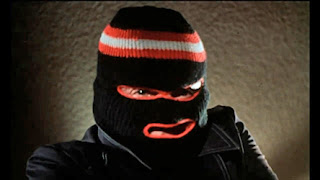 What makes The Toolbox Murders an effective — and, as it turns out, timeless — horror tale is that the police are baffled, even though the killer is right there in front them.   Next in line in the elements that make it shine would be high school beauty, Laurie (Pamelyn Ferdin, who is famous for being the voice of Lucy in A Boy Named Charlie Brown), who reminds Kingsley of his daughter, so he kidnaps her.   Except, he doesn’t use a wrench or a saw on her as he is a little unsure as to what to do with Laurie once he has her as a prisoner.

Not to worry, his nephew Kent (Wesley Eure — perhaps best known as Will from the Land of the Lost television series … he made his feature film debut here), who is good friends with Laurie older brother, Joey (Nicolas Beauvy — The Cowboys), discovers the kidnapped Laurie … certainly he will tip off the police.   That’s what you would expect, right? 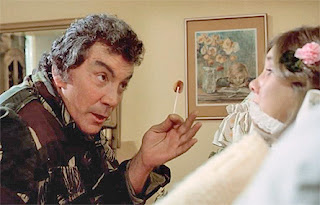 However, the finale is a real twist and that proves to be the icing on the cake for this horror tale.

Blue Underground has loaded this 4K Ultra HD/Blu-ray Combo Pack up with a ton of extras.   For starters, there’s a newly-prepared commentary option with film historian Troy Howarth and Nathaniel Thompson, plus the vintage commentary with producer Tony DiDio, actress Pamelyn Ferdin and the director of photography Gary Graver.

There are five new featurettes as well — “Drill Sergeant,” “Tools of the Trade,” “Flesh and Blood,” Slashback Memories” and “They Know I Have Been Sade.” 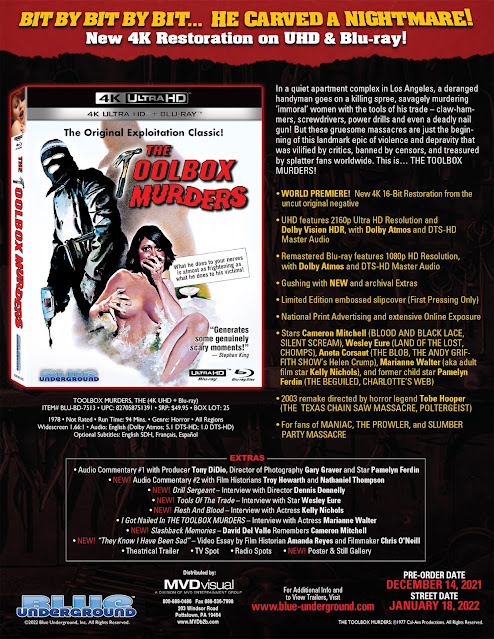