Fabulous Dorseys Retored By The Film Detection For Special Edition Blu-ray And DVD Release On Oct. 26 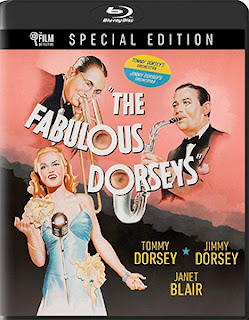 They fought like cats and dogs, and yet they were brothers.   They became household names during “The Big Band” era.   And yet during the height of their fame they were not speaking to each other … and they died within six months of each other back in the mid-50s, but remain famous to this day.

The Film Detective announced this past week that director Alfred E. Green’s 1947 music-themed biopic, The Fabulous Dorseys, will be released on Oct. 26 as “Special Edition” DVD and Blu-ray product offerings.

What is unique about this particular Hollywood-style biopic is that the lead actors are none other than Tommy Dorsey and Jimmy Dorsey playing themselves.

The film begins with a bit of backstory, where their father (played by Arthur Shields — She Wore a Yellow Ribbon, The Quiet Man), a coal miner living in Shenandoah, Pennsylvania, wants more for his sons.  He’s a music instructor on the side and has his own amateur band, with both of his sons as members … this could be their ticket out of Shenandoah. 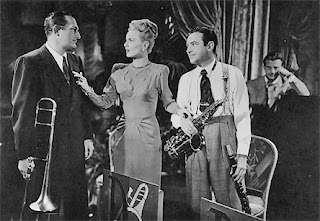 And sure enough, we pick up the action with the brothers trying to make it as a Jazz band during the Depression.   With them is Janie (Janet Blair — My Sister Eileen, Gallant Journey, The Black Arrow), a life-long friend of the brothers and their lead singer.   Also with the group is Bob (played by William Ludigan — Inferno, Pinky, etc.), a song writer and in love with Janie.

Once these characters are established, we get to the crucial point in the narrative, which takes place at the Glen Island Casino in May of 1935.   The pair, during a performance, got into a violent argument over their music (tempo, etc.) and that was it, they wouldn’t speak to each other for years and went their separate professional ways. 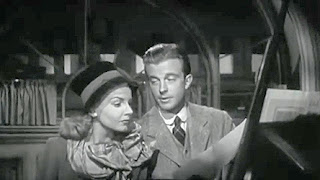 The center of the film tracks their separate successes and includes such production numbers as “Sandman,” “Tangerine,” “I'll Never Smile Again” and “I'll Never Say ‘Never Again’ Again” … meanwhile Janie is scheming on a plan to get the brothers back together again.    But it isn’t easy, especially when Bob gets frustrated with her unflagging loyalty to the Dorseys.   He takes a hike.

The Fabulous Dorseys is a biopic with a happy ending as Janie concocts a plan that not only gets Tommy and Jimmy on the same stage once again, but a clever little stunt that also brings Bob back into the picture as well!!

Bonus goodies include commentary from writer Jennifer Churchill (“Movies Are Magic”) and the documentary titled The Fabulous Forties: Big Bands on Screen. 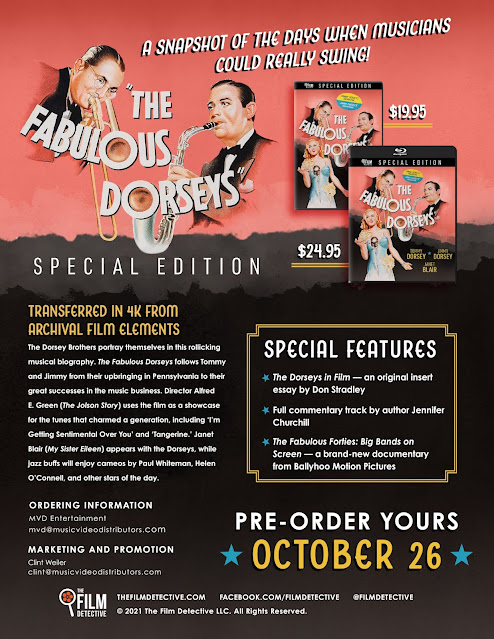 Email ThisBlogThis!Share to TwitterShare to FacebookShare to Pinterest
Labels: Fabulous Dorseys Retored By The Film Detection For Special Edition Blu-ray And DVD Release On Oct. 26