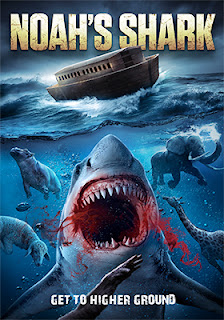 Wild Eye Releasing, with sales and distribution support provided by MVD Entertainment Group, has prolific filmmaker Mark Polonia’s latest take on the world of killer sharks, Noah’s Shark, hooked and ready to be reeled-in on DVD this coming Mar. 8.

Sure, there is the classic Spielberg shark movie Jaws, which had a profound effect on people thinking twice about going into the spooky ocean for a swim.   Once you’ve tapped into that sort of unseen horror, lurking just beneath the surface, there is no end to the tales that can be spun; or is it, “fished up?;” “reeled-in?”   Whatever.

Sharksploitation, like Nunsploitation, knows no bounds — nothing is off-limits for genre fans.   And Polonia has certainly contributed his share of Sharksploitation films to this sub-genre … Snow Shark: Ancient Snow Beast, Sharkenstein, the infamous Land Shark of 2017, Shark Encounters of the Third Kind and even Amityville Island had a killer shark (but that gem was more of a women-in-prison flick blended with mad scientists and crazed experiments … but it did have a shark). 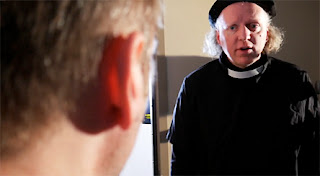 His latest, Noah’s Shark, adds to the list of Sharksploitation films with a story about a narcistic TV preacher (you know the type, send me money … send me more money) by the name of Father Brenna (played by Jeff Kirkendall, a member of Polonia’s go-to acting troupe, having starred as Klaus in Sharkenstein, Captain Burmuda in Land Shark and as Sloan in Shark Encounters of the Third … oh hell, he was even the mad scientist in Amityville Island, so he knows his sharks), who has gathered together his film crew to document his search for Noah’s Ark. 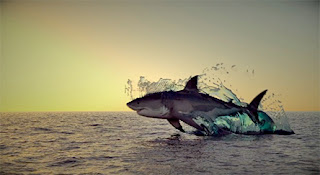 Of course, Father Brenna get more than he bargained for as his search for the fabled ship of the Book of Genesis turns out to be protected by a behemoth of a great white shark that feasts on those who get too curious.   But for genre fans, it is not the plot (which has other cool Polonia touches), but the fun of it all!!

Bonus features include commentary by filmmaker Mark Polonia and a blooper reel. 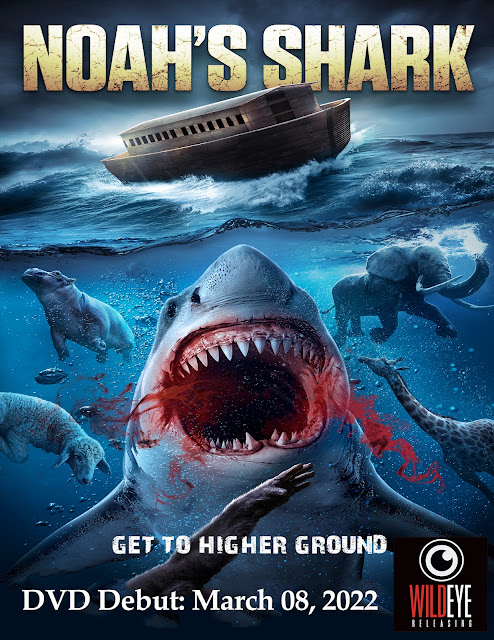