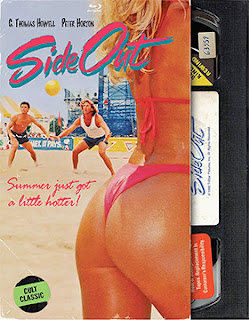 Mill Creek Entertainment will be adding director Peter Israelson’s spring of 1990 all-things volleyball release, Side Out, to its popular line of “RETRO VHS” promotional line of Blu-ray releases on Feb. 22.

For six solid weeks, C. Thomas Howell and Peter Horton, along with Christopher Rydell, trained as if they were beach volleyball professionals.   Their coach was none other than Beach Volleyball Hall of Fame inductee Jon Stevenson (21 Open victories to his credit) and he put them through their paces … boot camp.  The trio needed to learn the moves, build up their bodies and look the part of world-class beach volleyball competitors.

Howell plays a college student on summer break who has landed a sweet job at his uncle Max’s law firm (played by Terry Kiser — perhaps best known as “Bernie” in director Ted Kotcheff’s 1989 comedy, Weekend at Bernie’s), which is in Los Angeles.  His “summer” job is to drive around and serve eviction notices … not much fun. 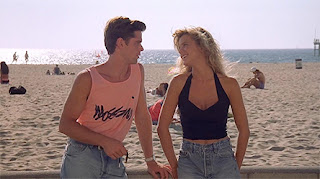 He soon gets hooked on the beach scene, falls in love with a marine biology student, Samantha (Courtney Thorne-Smith — as Georgia in the Ally McBeal sitcom), becomes buddies with Zack (Peter Horton) and by summer’s end has no plans to return to law school!  It’s beach volleyball for him!!

Side Out, the movie that celebrates beach volleyball and the SoCal beach scene, comes loaded with beach beauties (Harley Jane Kozak as Kate — for genre fans, she played Diane in The House on Sorority Row and Molly in Arachnophobia), real-life competitors like Randy Stoklos (who plays the “bad guy” Rollo Vincent) along with Sinjin Smith, Craig Moothart, Steve Timmons, and Karch Kiraly.  First time on Blu-ray!! 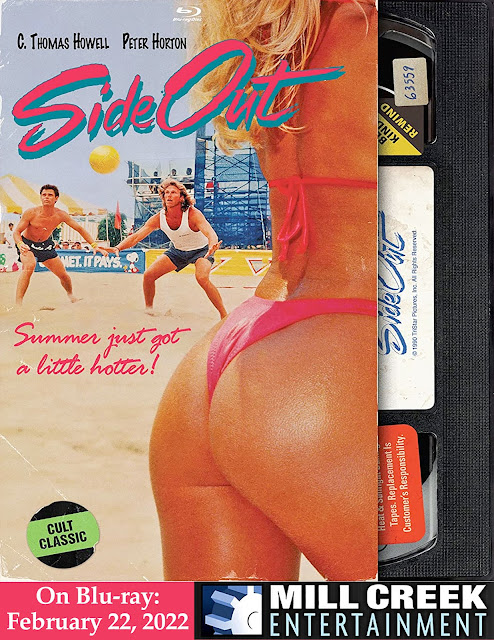