Feb. 01 Will Be The DVD Release Date For Icarus Films' Prisms And Portraits: The Films Of Rosine Mbakam Collection 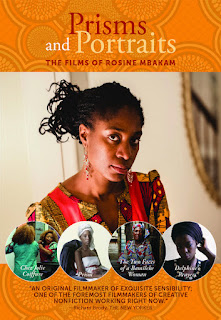 Icarus Films announced this past week that a four-disc, four-film (plus bonuses) collection of filmmaker Rosine Mfetgo Mbakam’s award-winning storytelling films.   Titled Prisms and Portraits: The Films of Rosine Mbakam, this DVD set will be available on Feb. 1.

Normally, one would refer to Mbakam as a director, but her introduction to the world of cinema in her native Cameroon was to be schooled in cinematography and film editing.   She knows and understands the craft, that’s the technical skill-set … the storytelling, the experiences, they all come from her intellect and from her heart.

Indeed, one of her latest films, Delphine’s Prayers, which is included in this magnificent collection from Icarus Films, opened on the film festival circuit in March of last year and has gained both awards (Cinéma du Réel, IndieLisboa International Independent Film Festival, and more) and critical acclaim as well.

Part documentary, part heart-felt story about a life-shattered and the struggle to get to some sort of “normalcy.”   It is Mbakam at her best.   Storytelling, the use of camera … a cinematic conversation, if you will, that draws the viewer in and engages both the heart and the mind. 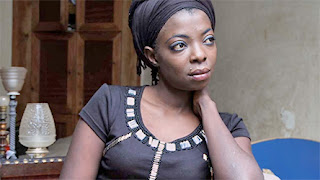 The subject here, Delphine, a Cameroon ex-pat now living in Belgium, is presented in conversation in her apartment in Belgium.   She simply recounts her life and Mbakam takes care of the rest.

We learn of Delphine’s birth (her mother died giving her life), about her often-absent father, her rape at the young age of 13 (the birth of her first child) and her long tenure as a prostitute on the streets of the port city of Douala.

She married a man old enough to be her grandfather, they have children … Now living in Belgium, Delphine is attractive, engaging and intelligent, and with a normal childhood she might have received a formal education; a career.  Instead, when she needs a little “extra cash,” she returns to what she knows.   An ugly, yet lovely story of survival and over-coming the impossible. 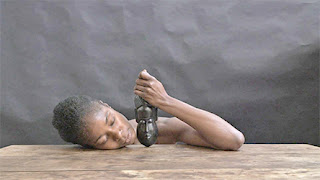 Also included in the Prisms and Portraits: The Films of Rosine Mbakam collection is her latest film, Prisms, which had its debut at the New York Film Festival in September.

Here, Mbakam, teams with fellow filmmaker Eléonore Yameogo to explore the technology of cinematography as it relates to the black experience.   Skin color, white and black, and how they are perceived by the invention of photography … is it racist or nature?

It is an interesting discussion, with examples, and interviews that range from the nearly absurd professorial opinions to technical insights from the likes of cinematographer and make-up artist Diarra Sourank, who points out the obvious, white reflects light, black absorbs light, cameras, make-up, lighting, all the technical aspects of filmmaking must take this into account.

This collection of films and shorts are presented in French, Cameroon Pidgin and English, with English subtitles available as needed. 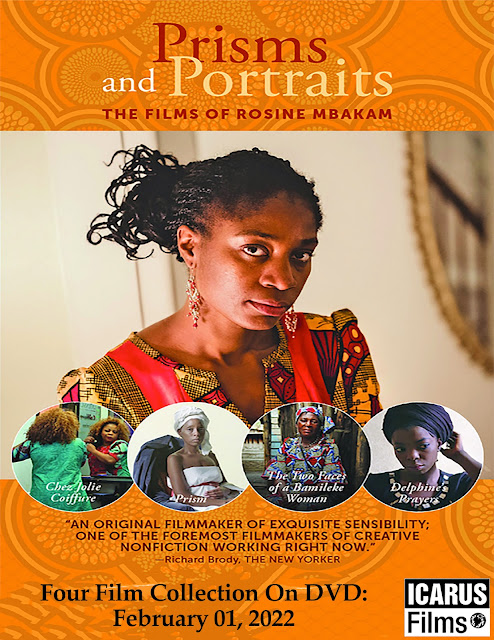