Liberation Hall's Long-Lead Announcement For RoboCop: The Series On DVD And Blu-ray Looks To May 10 As The Release Date 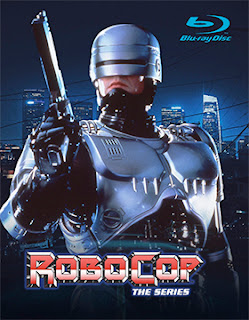 Liberation Hall, with sales and distribution support provided by MVD Entertainment Group, is out with a long-lead announcement for Blu-ray and DVD collections of the follow-on television series that followed in the wake of the popular RoboCop film trilogy.

This would be the RoboCop: The Series (1994), starring Richard Eden as Alex Murphy and Yvette Nipar as detective Lisa Madigan, which will be available as both five-disc DVD and five-disc Blu-ray sets on May 10.

Included here are all 23 episodes — although purists like to point out that the opening is a two-part feature-length pilot, with 21 episodes that followed.   And yes, Detroit is once the subject, but the film, as with the original RoboCop (Dallas), takes place elsewhere (Toronto).

Bonus goodies include 16:9 formatting (from the original source materials) for the Blu-ray collection, plus cast profiles for Richard Eden, Yvette Nipar, Andrea Roth (as Diana Powers), Sarah Campbell (as Gadget) and David Gardner (OCP chairman) and a half-dozen featurettes — “Behind the Scenes,” “From Cinema to the Small Screen,” “The Future of Law Enforcement: The History of RoboCop,” “Put Down Your Weapon: The Auto 9 Gun,” “The Car” and “The Suit.” 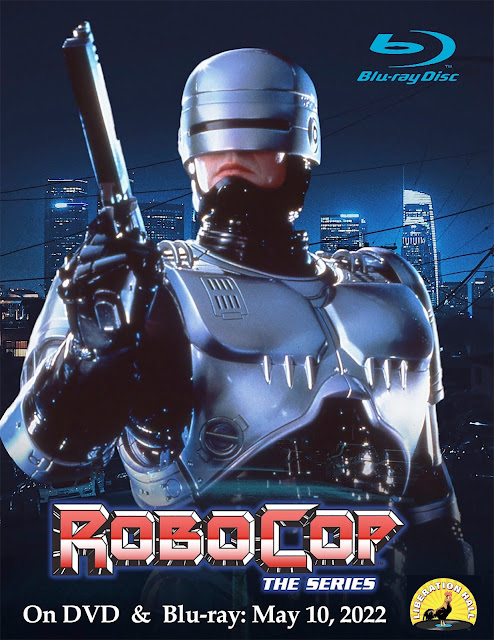 Email ThisBlogThis!Share to TwitterShare to FacebookShare to Pinterest
Labels: Liberation Hall's Long-Lead Announcement For RoboCop: The Series On DVD And Blu-ray Looks To May 10 As The Release Date