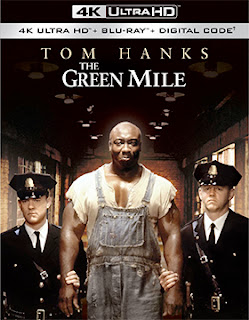 Warner Bros. Home Entertainment has locked into Feb. 22 as the street date for the debut of a 4K Ultra HD/Blu-ray edition of writer/director Frank Darabont’s 1999 film adaptation of the 1996 Stephen King novel, The Green Mile.

Nominated for four Oscars, including Best Picture, it remains a mystery to this day how that the members of the Academy of Motion Picture Arts and Sciences thought that American Beauty was a superior film.   The Academy has a long list of mysterious decisions that have piled up over the years … this is just one of them.