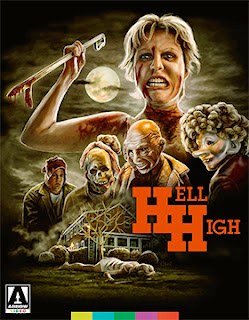 During the film’s production, in the Westchester, New York area (just north of White Plains), in 1986, Grossman had several working titles before finally settling on Hell High.   Shortly after the film was completed, Christopher Stryker, who plays Dickens, succumbed to AIDS … the film remained uncirculated for two full years before indie distributor JGM Enterprises (Puppet Master, The Lost Empire, Shadowzone) picked it up for a limited (regional) theatrical release in May of 1989 … Prism followed with a VHS release later in year and Media Blasters put out a DVD edition in 2004.   It has been out of sight since.

Grossman gets right into the action with a prologue that introduces us to swamp girl Brooke Storm, who is playing with her little baby doll, when two teens (played by future stunt man Webster Whinery and Karen Russell, a dancer and future yoga instructor) arrive and little Brooke scurries off to the safety of the swamp.   A lover’s spat causes the spurned teen to rip Brooke’s baby doll’s head off and they start to leave … the furious Brooke throws a bucket of swamp goo on them and their motorcycle as the drive by … Wham!   Two dead teens!! 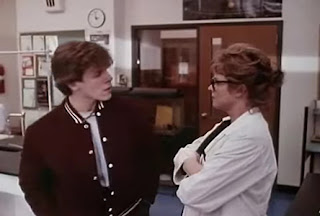 We skip ahead something like 18 years and Brooke (Maureen Mooney) is now a high school biology teacher.   And we get right into a conflict when she asks one of her students, a budding sociopath by the Dickens to collect test papers from the other students in her class.   He obliges and then promptly hurls the stack of tests in her face.

Her response?   She slaps him silly.  We now have our set-up, with Dickens vowing revenge.

We soon learn that Dickens has some buddies — a little gang, if you will — Jon-Jon (in his film debut, Christopher Cousins — as Ted Beneke in the Breaking Bad TV series, as Martin Weiss in the Bosch TV series, plus such films as The Grudge 2, Wicker Park, Draft Day), Smiler (Jason Brill) and Queenie (Millie Prezioso).   They are hell-raisers, who join Dickens in his attempts to get even with Brooke for slapping him. 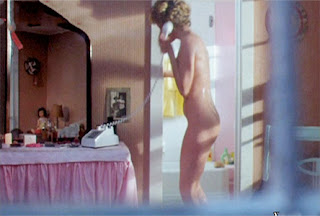 Remember way back when little Brooke accidently killed the two teens when she was a kid?   Dickens torments trigger her memories and before you know the little pranks escalate into a murderous rampage.   The blood flows!!

Hell High is a tight little indie horror entry that comes loaded with bonus goodies from Arrow Video.   We begin with two commentary options, the first a vintage one with Grossman and the second, a newly-prepared commentary option with Grossman and cinematographer Steven Fierberg (A Nightmare on Elm Street 4: The Dream Master, The Joyriders, Days of Wrath, Repo Chicks … and a ton episodic television work).

There are alternate opening titles, a deleted scene, vintage video sessions with Grossman and co-writer Leo Evans and a half-dozen featurettes — “School’s Out!,” “A Beautiful Nightmare,” “Jon-Jon’s Journey,” “The More the Better,” “Music is Not Sound” and “Back to Schools: The Locations of Hell High.” 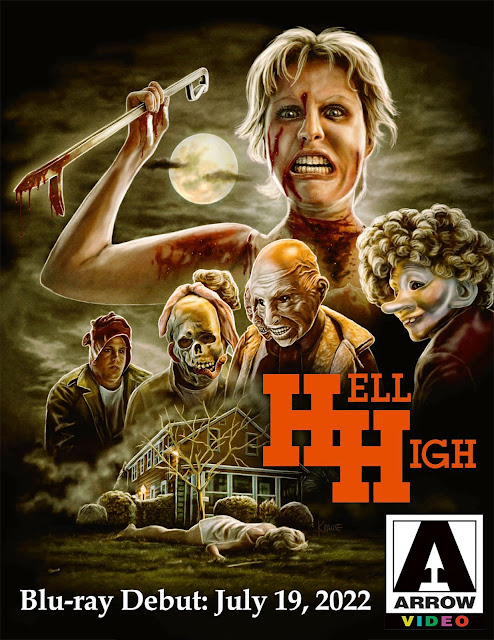