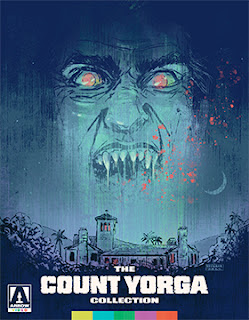 Arrow Video, with domestic sales and distribution expertise provided by MVD Entertainment Group, announced this past week that new 4K scans from the original 35mm camera negatives of writer/director Bob Kelljan’s June of 1970 horror hit, Count Yorga, Vampire, plus the August of 1971 sequel, The Return of Count Yorga, will be available as double disc Blu-ray collection on Oct. 25 (just in time for Halloween binge viewing)!!

If you are a genre fan, this double-bill is a must.   If you are an admirer of indie filmmaking at its best, then this too is another reason to grab this horror double-bill from Arrow Video on Oct. 25.

Shot on a shoestring in Los Angeles, with friends as crew members, fans providing technical assistance (legend has it that a local dentist fashioned the vampire fangs because it would be a fun thing to do) and much of the production equipment was borrowed.

All of the elements of a micro-budget film to be sure, but that is as far as it goes as all of the technical aspects are top-notch (no shaky hand-held Super 8 here) and the cast is terrific, with the little-known Robert Quarry in his first starring role (a working actor throughout the mid-50s through the 1960s … numerous small TV parts, often uncredited roles in films such as Winning, House of Bamboo, A Kiss Before Dying). 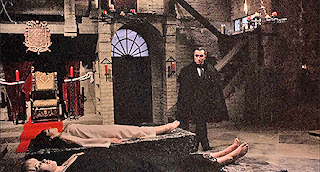 Others in the cast include Michael Murphy (MASH, Brewster McCloud, What’s Up Doc?, Phase IV, Nashville, etc.), Donna Anderson (Werewolves on Wheels), Judy Lang (as Nadine in Roger Corman’s The Trip, and as Trish in The Psycho Lover) and Roger Perry (The Thing with Two Heads).

So successful was Count Yorga, Vampire, which had a hell of a time getting into theatres without an R-rating — six go-arounds with the MPAA and a couple of minor cuts later — that a sequel was quickly announced.   It would be ready the following summer with Quarry back as Count Yorga. 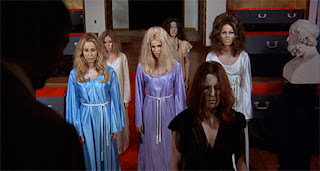 There are new featurettes — “I Remember Yorga” and “A Vampire in L.A.” — plus the archival “Fangirl Radio Tribute to Robert Quarry.”

There are two new featurettes here as well — “The Count and the Counterculture” and “Chamber-music of Horrors.” 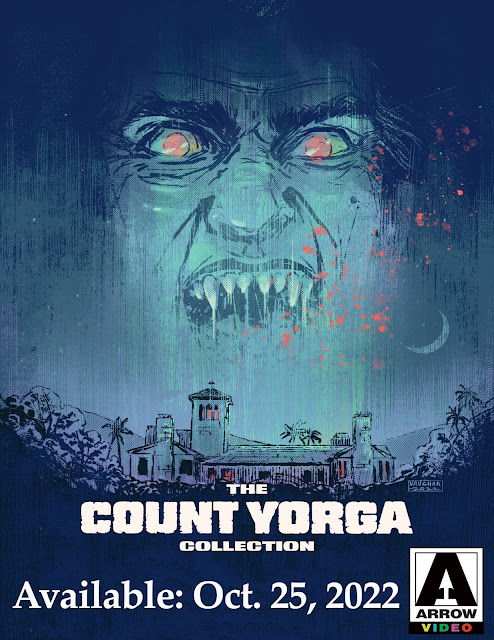