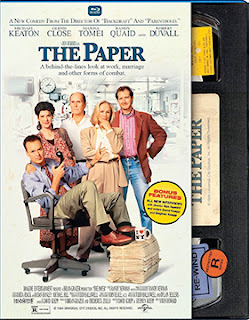 When you literally grow up on a film sound stage, you notice how production deadlines are met and how things are done.   That’s the education that auteur filmmaker Ron Howard had growing up on the set of The Andy Griffith Show (as Opie Taylor) … that was high school and college.

Graduate school came when Roger Corman, in 1977, produced Howard’s first feature film as a director (co-written with his father, Rance Howard), Grand Theft Auto.   The Roger Corman stable of directors is nothing short of legendary.  Ron Howard was one them.

Mill Creek Entertainment announced this past week that their very popular “Retro VHS Collection” on Blu-ray has a new edition effective Oct. 4.   That would be director Ron Howard’s 1994 film release of The Paper.

Over the years there have been terrific films about the newspaper business.  Orson Welles’ Citizen Kane, of course; Billy Wilder’s 1951 gem, Ace in the Hole; James Stewart in director Henry Hathaway’s 1948 film noir thriller, Call Northside 777; Humphrey Bogart in director Richard Brooks’ 1952 film release of Deadline U.S.A.; Jack Webb and William Conrad in 30; Howard Hawks’ His Girl Friday; the various productions of Front Page; Scandal Sheet … we could go on and on. 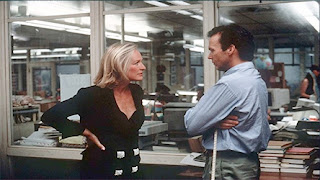 The last great newspaper film was The Paper.   Sure, Steven Spielberg teamed up with Meryl Streep and Tom Hanks in 2017 for The Post … that was a rare occasion where Spielberg made a bad movie.   So, let’s repeat, Ron Howard’s 1994 film release of The Paper, starring Michael Keaton, Glenn Close and Robert Duvall, plus Marisa Tomei and Randy Quaid, was the last great newspaper film.

Since 1994, a blizzard of newspapers have all folded, the big-city ones that remain, are largely staffed by sociology, psych, English-lit and women’s studies graduates, few real journalists to be found … most couldn’t work at the New York Sun (the name of the newspaper in the film), they wouldn’t be qualified and couldn’t keep up with the pace. 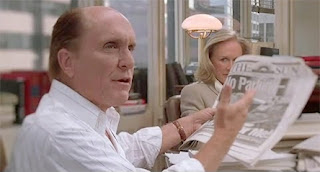 Mark it down, Oct. 4, the “Retro VHS Collection” Blu-ray release of The Paper from Mill Creek Entertainment … the last great newspaper film!!

Bonus features include video sessions with filmmaker Ron Howard, and scriptwriters David and Stephen Koepp (brothers, the former adapted Crichton’s Jurassic Park, plus scripts for such films as Toy Soldiers, Mission: Impossible, Panic Room, Spider-Man, Indiana Jones and the Kingdom of the Crystal Skull, etc., while the latter is an actual journalist). 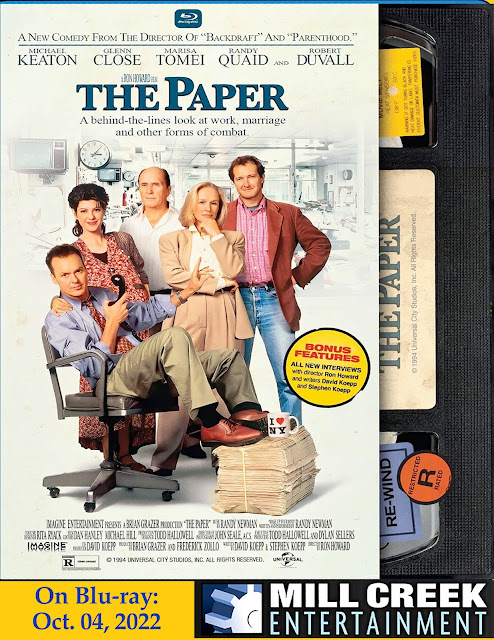