George Pal's War Of The Worlds On 4K Ultra HD From Paramount Home Entertainment On Sept. 27 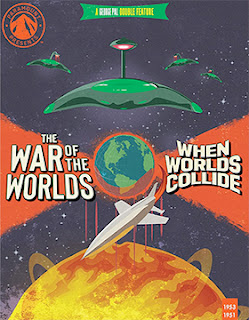 Paramount Home Entertainment has a new entry lined up for its popular “Paramount Presents” promotional library — a 4K Ultra HD presentation — which will be available for genre fans to enjoy on Sept. 27.

This would be none other than director Byron Haskin’s 1953 film adaptation of H.G. Wells’ 1898 novel, The War of the Worlds.

Paramount acquired the rights way, way back in the mid-1920s, but an ambitious film production, although planned, never got off the ground.   It wasn’t until the evening of October 30, 1938 that audiences really got a taste of the potential of Wells’ alien-invasion story for the first time.   Orson Welles and his Mercury Theatre Players presented the story on the radio as if it were actually happening.   Panic ensued.

Finally in 1953, Paramount and producer George Pal adapted the Wells’ sci-fi novel, but with a few twists.   Playwright-turned-script writer, Barré Lyndon (Man in the Attic, The Lodger, Hangover Square, The Greatest Show on Earth) worked with George Pal to expand the Martian invasion motif to include a romantic side story featuring scientist Dr. Clayton Forrester (Gene Barry — Naked Alibi, China Gate, The 27th Day, Thunder Road … as Bat Masterson in the television series of the same name … and as Capt. Amos Burke in the Burke’s Law series) and librarian Sylvia Van Buren (Ann Robinson — Dragnet, The Glass Wall, Bad for Each Other). 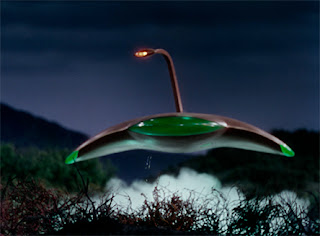 It worked like charm.   Now an iconic sci-fi classic, War of the Worlds was a forerunner to the sci-fi explosion that marked the 1950s … it was also nominated for three-Oscars, winning for Best Special Effects.

As to bonus goodies, Paramount is including the Blu-ray debut of producer George Pal’s 1951 sci-fi thriller When Worlds Collide (direction by Rudolph Maté — D.O.A., Union Station, The Dark Past) as a bonus feature.

Plus, there is the vintage commentary track featuring Ann Robinson and Gene Barry. 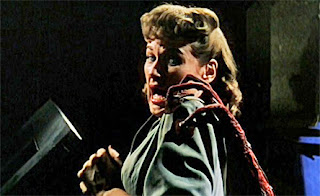 In other release news from Paramount Home Entertainment this past week, there will be both DVD and Blu-ray editions of the animated film, Paws of Fury: The Legend of Hank, available on Oct. 18.

The ARR comes in at 95 days and box office receipts for the film’s mid-July theatrical launch were $17.8 million.

Bonus features common to both SKUs is the featurette titled “In the Drawing Room with Director Rob Minkoff.”   Exclusive to the Blu-ray edition are two additional featurettes — “Cool Cats and One Hot Dog” and “Giving Voice to Paws of Fury: The Legend of Hank.”

Email ThisBlogThis!Share to TwitterShare to FacebookShare to Pinterest
Labels: George Pal's War Of The Worlds On 4K Ultra HD From Paramount Home Entertainment On Sept. 27