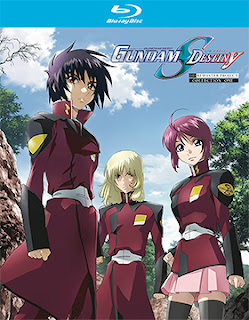 This five-disc collection features episodes one through 25 of the series, which was a sequel-series to the original Mobile Suit Gundam SEED (also from the team of Tomino and Yatate).

There is peace as the Bloody Valentine War has ended with the Junius Seven Treaty.   But there might be treachery afoot as ZAFT (Zodiac Alliance of Freedom Treaty) has a new “strictly-defensive” fighting machine, the Impulse Gundam.   When a prototype is stolen, the stage is set for a return to all-out conflict … can it be avoided?? 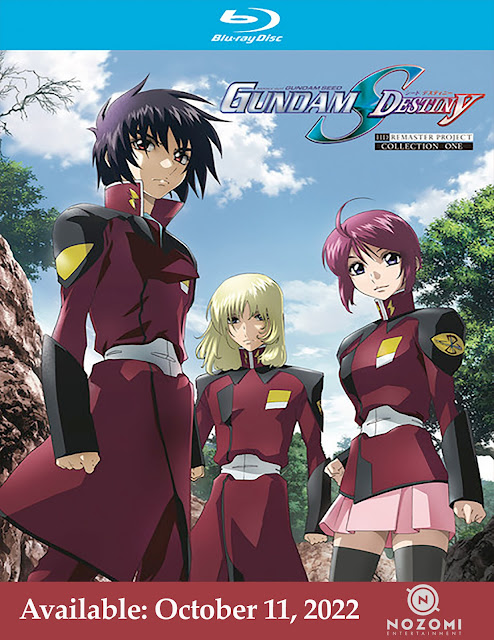