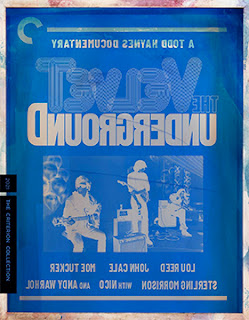 Last week it was the good news from the Criterion Collection that a deal had been struck with the Walt Disney Studios to release WALL•E as a 4K Ultra HD/Blu-ray Combo Pack edition on Nov. 22.   That gives us hope that other film vault treasures might be unearthed from the combined Disney/20th Century-Fox library for future release.

This week it was more good news, the Apple + documentary from filmmaker Todd Haynes (Oscar-nominated for his 2002 script for Far from Heaven; Emmy-nominated for his 2011 Mildred Pierce mini-series), The Velvet Underground, is included in Criterion’s December line-up of new Blu-ray and DVD product offerings.

Disney, Apple + and Netflix (Power of the Dog on Nov. 8) have all worked out deals with the Criterion Collection, which gives us hope that films such as CODA (Oscar-winner for Best Picture), Song of the South (Oscar-winner for Best Song, “Zip-A-Dee-Doo-Dah”), 4K Ultra HD editions of The Day the Earth Stood Still, 20,000 Leagues Under the Sea, Fantastic Voyage and more will become part of the Criterion family. 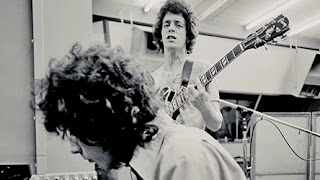 The Velvet Underground, a nostalgic look at the American rock/underground band from the mid-60s (featuring Lou Reed, John Cale, Maureen “Moe” Tucker, Nico and others), opened at the Cannes Film Festival in July of last year, and then worked the festival circuit until mid-October when it hit the Apple + streaming service … and also opened in selected theatrical venues (Apple + is always mums the word on box office results).

Criterion will be releasing both DVD and Blu-ray editions on Dec. 13.  Bonus goodies include commentary with Haynes, who is joined by film editors Affonso Gonçalves and Adam Kurnitz, a series of outtakes, video sessions with Haynes, John Cale and Moe Tucker and several short avant-garde films from the period, including director Piero Heliczer’s Venus in Furs.

Also heading home in December from the Criterion Collection are director Michael Schultz’s 1975 film, Cooley High (Dec. 13) and two three-film collections (on Blu-ray only) — on Dec. 6, the Michael Haneke Trilogy (featuring The Seventh Continent, Benny's Video and 71 Fragments of a Chronology of Chance) and on Dec. 13, Three Films by Mai Zetterling (included here are Loving Couples, Night Games and The Girls).