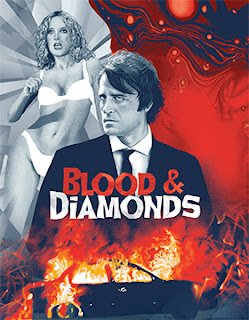 The UK’s 88 Films, with domestic sales and distribution expertise provided by MVD Entertainment Group, has locked into Dec. 13 as the street date for a newly-minted Blu-ray edition of writer/director Fernando Di Leo’s crime thriller, Blood and Diamonds.

This is a new 4K restoration from the original 35mm camera negative.

Back in the early 60s Di Leo hit the jackpot as a screenwriter with the scripts for A Fistful of Dollars and For a Few Dollars More, followed those two Eastwood classics in 1966 with Kiss Kiss … Bang Bang, a series of Spaghetti Westerns and then found his calling as a director in 1969 with Naked Violence, a Poliziotteschi-thriller.

Major recognition followed in 1972 with the release of Caliber 9, the first in what would come to be known as his “Milieu Trilogy” (Poliziotteschi crime dramas) … The Italian Connection was released later in the same year (domestic English-dubbed in 1973 with American International handling distribution) and The Boss in 1973 (1975, English-dubbed theatrical release by Cinema Shares International).

Now firmly established as an international filmmaker, he continued with a series of films into the 70s with Blood and Diamonds reaching the screen in Italy in the spring of 1978.   The timing could not have been worse for Di Leo as the Red Brigade ambushed former Italian Prime Minister Aldo Moro’s motorcade, slaughtering his body guards and kidnapping Aldo Moro.

The entire country’s focus was on the drama that played out in the days that followed … and Blood and Diamonds went largely unnoticed and failed to find the same domestic theatrical following as the aforementioned The Italian Connection and The Boss.

Guido Mauri (Claudio Cassinelli — Slave of the Cannibal God, Avalanche Express, The Devil is a Woman) and his crime-partner, Marco (Carmelo Reale), pull-off a diamond heist, but Guido is caught and Marco gets away with the loot. 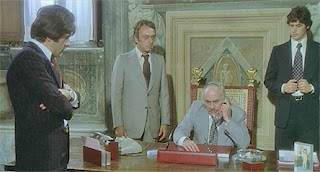 He serves a five-year jolt for the crime and is released into the caring arms of his woman, Maria (Olga Karlatos), but on the bus ride back to the city the bus is hijacked by two heavily-armed masked gunmen.

Realizing immediately what they must be after, Guido makes a break for it, but Maria is shot in the back and dies on the highway.   The gunmen are quickly dispatched by Guido and now the race begins … the diamonds or death! 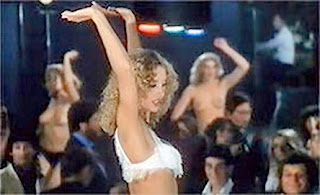 The power behind the play for the missing diamonds is crime boss Rizzo (played by Martin Balsam), who sends his enforcer Tony (played by Di Leo regular, Pier Paolo Capponi) to take care of business!   Let the blood flow as murder, torture … and some show-stopping dancing by the alluring Lisa (Barbara Bouchet — as Moneypenny in Casino Royale, plus such films as Black Belly of the Tarantula, Amuck, Death Rage) — Guido’s former main-squeeze — follow!!

Blood and Diamonds is presented in Italian with English subtitles … there is also an English-dubbed viewing option. 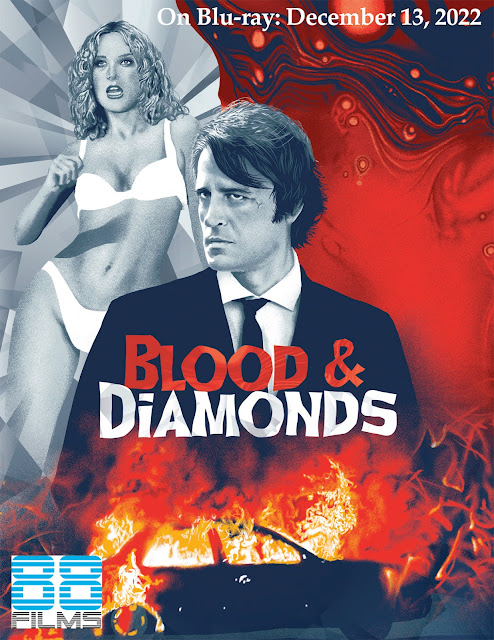