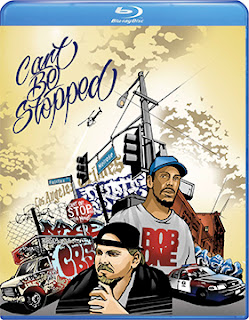 Are they urban vandals or artists in a medium little understood or appreciated by the outside world?   That’s what Smith’s ten-year-long odyssey is all about … to document the history, or perhaps, better-stated, “the movement,” of the Hollywood-area’s legendary graffiti crew, C.B.S. (Can’t Be Stopped).

They were never taggers; tag-bangers, but beginning in the early 1980s, through the leadership of Aaron Seth Anderson, known as Skate-One, C.B.S. became a multi-generational family.  Mainly kids from the underbelly of society; broken homes … on the streets.   He shaped them into an artistic crew, planning their art and carrying it out.

Through vintage footage, interviews with both founding members — Frost, Theory, Hex and Demo — to such iconic artists as Seen, Mek and Trigz (and more), Cody Smith tells the story of their art, the music, the family … and the street.

Dec. 13, Cody Smith’s Can’t Be Stopped on both DVD and Blu-ray from MVD Entertainment Group … Narration is by House of Pain’s Everlast (aka: Erik Francis Schrody). 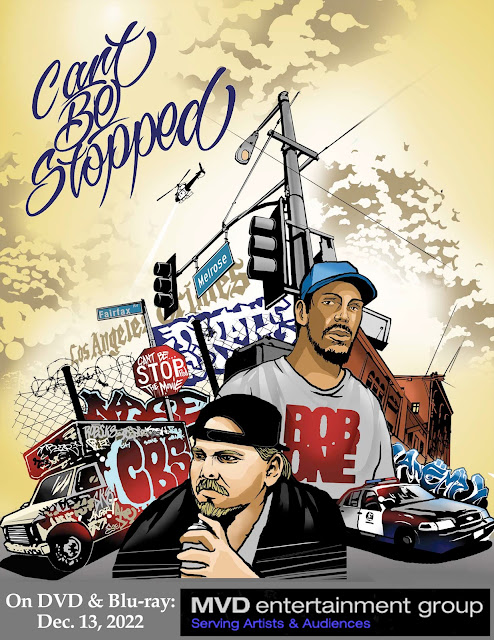