Dec. 27 Will Be The Street For Bayview Entertainment's Blu-ray Debut Of Writer/Director Jason Hawkins' Deleted

Bayview Entertainment gives us a sci-fi chill on Dec. 27 with the Blu-ray debut of writer/director Jason Hawkins’ Deleted.

Will Perditus (Calvin Morie McCarthy — Directed by Evil, Vengeance, Lake Noir) is a lonely, isolated man, who is adrift … and now suddenly desperate.   He has begun to think that he might just be a bot, a figment of someone’s imagination.  Nothing more than a fake profile … automated software programed to be lonely, isolated and adrift.   But who created him?  And why?

With the help of Iris (Kelsey Tucker — Finding Oblivion, V-Force: New Dawn of V.I.C.T.O.R.Y., Judith), an AI build as a woman, he sets out to find the one who created him — and to answer the why of it — before he is deleted.

Hawkins (The Devil Knows His Own, Finding Oblivion, The Midnight Show) also introduces us to Nomi (Myriam Baillargeon), the woman who conjured-up Will. 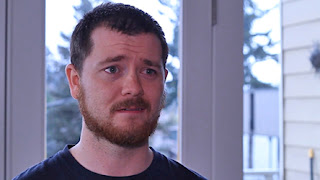 She is, as you might suspect, a mess … is he her fantasy; her escape?   Perhaps, since her real-world lover, Mike (played by Steve Larkin — Conjuring: The Beyond, Cross Hollow), is abusive, judgmental and dealing with frustration and anger issues … Nomi is often the target.

Will Perditus is on a quest for answers in a world where he does not exist.  But, will he be Nomi’s shining knight; the one who rescues her before the deleted button is pressed?   Or, is there more going on here than meets the eye … Dec. 27 when Deleted arrives on Blu-ray to find the answers. 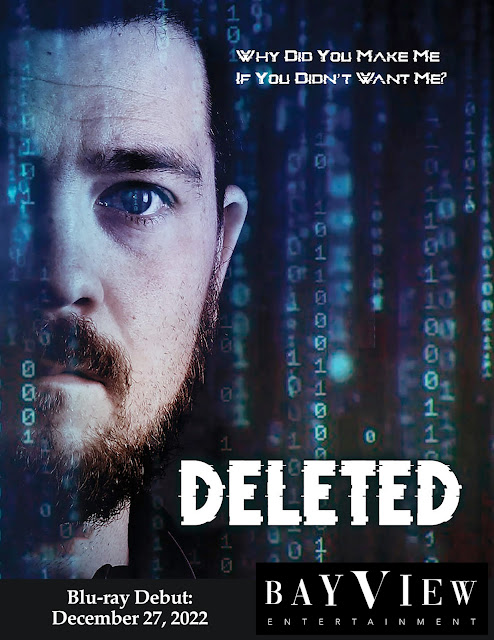 Email ThisBlogThis!Share to TwitterShare to FacebookShare to Pinterest
Labels: Dec. 27 Will Be The Street For Bayview Entertainment's Blu-ray Debut Of Writer/Director Jason Hawkins' Deleted