Wolfe To Bring Writer/Director Bretten Hannam's Wildhood To The DVD Marketplace On Nov. 29 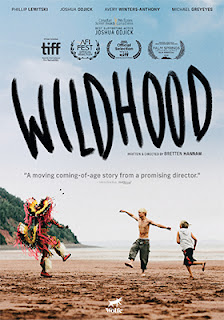 Link (Phillip Lewitski — The Legendary Bear Lake Monster) and his younger half-brother, Travis (Avery Winters-Anthony), live a life of misery with their trailer park trash father, who has hidden the identity of Link’s mother … don’t ask, she’s just dead, that’s all you need to know.

Through circumstances he discovers that his mother is a Mi'Kmaw Indian by the name of Sarah and faced with tough times at home, a streak of escalating delinquency, he embarks upon a quest to find her … Travis, who looks up to his brother and detests his father, decides that the search — even perhaps pointless — is far better than living with dear old dad.

Wildhood, the winner of the Kingston Canadian Film Festival, Atlantic Film Festival and Devour! The Food Film Fest, is presented in English and Mi’kmaw, with English subtitles where appropriate.

Email ThisBlogThis!Share to TwitterShare to FacebookShare to Pinterest
Labels: Wolfe To Bring Writer/Director Bretten Hannam's Wildhood To The DVD Marketplace On Nov. 29