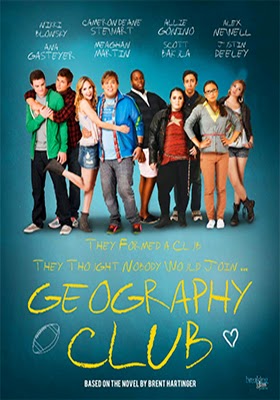 Breaking Glass Pictures announced this past week that the DVD debut of director Gary Entin’s film adaptation of Brent Hartinger's 2003 novel (and subsequent play), Geography Club, will be available on Mar. 11.

Russell (Cameron Deane Stewart — Pitch Perfect) is a high school kid who finds himself on the outside of the social scene and struggling with his sexual identity.   Nothing new or groundbreaking about those types of issues for kids living through the “high school experience.”   But the Geography Club takes a different path in sorting out the potential trauma of being an outcast student.

Through a bit of networking Russell and other students with similar isolation issues form a club — sort of hiding in plain sight — where like-minded students, both gay and straight, can gather together to discuss “geography,” which most of their contemporaries could care a rat’s patootie about.

Other members of the club include Terese (Nikki Blonsky — Hairspray) and her friend Min (Ally Maki – as Dawn in the 10 Things I Hate About You television series) and Kevin (Justin Deeley — The Wicked, Thriftstore Cowboy and as Austin in the revamped 90210 television series) the school’s star quarterback, who is absolutely terrified that his teammates will discover his secret. 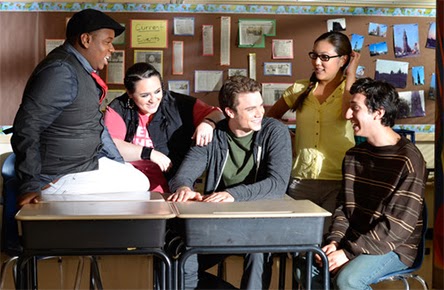 Of course there is always the chance that their secret will be revealed, especially if someone wants to join the club because they like geography.   At some point, either now or later, each one will have to face the adolescent things that torment them … that’s life.

Bonus goodies include two commentary options — one with director Gary Entin and screenwriter Edmund Entin, who are joined by producers Frederick Levy and Bryan Leder; the second features cast members Cameron Deane Stewart, Ally Maki, and Andrew Caldwell — plus there is an hour long behind-the-scenes documentary titled, “The Making of Geography Club.”