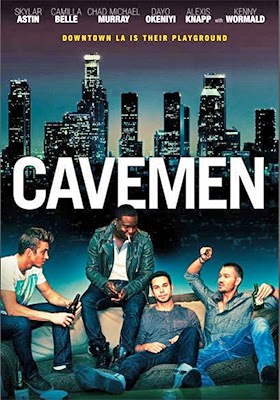 The film opened at the Austin Film Festival this past October and was quickly snatched-up by Well Go U.S.A. … a theatrical showcase is planned for early February (timed for the Valentine’s Day promotional period) to further raise awareness before the home entertainment launch.

Dean (Skylar Astin — Pitch Perfect, 21 & Over) has it all, the carefree life of a bachelor living in Los Angeles.   One-night stands, the bar scene and a cadre of bachelor friends ‑— who are more than willing to offer advice on all sorts of subjects — prove to be all that satisfying.

So Dean figures that it is time for a change, but being single in LA LA Land has both its advantages and, well, it’s a big place with everything moving so damn fast and that makes it hard to find the love of your life.   Lots of good-looking women, but how do you know which one is just right for you?

With his buddies being less than helpful, Dean turns to the only real female “friend” that he has, Tess (Camilla Belle — The Ballad of Jack and Rose, 10,000 BC, Push, etc.) for advice.   Whoa!   What is wrong with this guy … that’s the one!

How long will it take him to realize that what he is looking for is oh so very close … and how does he stay out of the “friend zone!”