Director Pete Walker's Frightmare Gets A Blu-ray Push From Kino-Lorber On Mar. 18 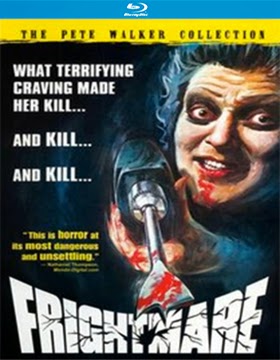 Step, by measured step, Brit filmmaker Pete Walker shifted from sexploitation (School for Sex … The Flesh and Blood Show … House of Whipcord) to T&A with horror underpinnings to out-and-out horror arriving at Cover Up in 1974 (Frightmare in the domestic market the following year).

It is curious that both Cover Up and The Texas Chainsaw Massacre arrived at about same time on opposite sides of the pond … opening up theatrically within weeks of each other.

Both deal with family issues that blend serial killing, cannibalism and the next level of screen violence … Walker gives his tale a touch of social commentary with some sly humor, while Tobe Hooper serves up a more direct “slaughterhouse” of gore.   A terrific double-feature to be sure! 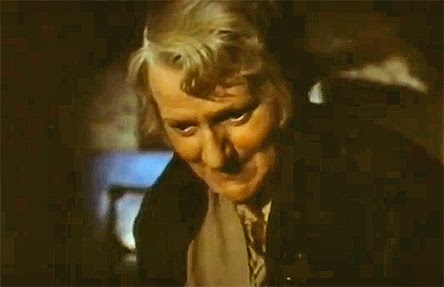 No word on bonus goodies at this time, but the previously released DVD edition included commentary from filmmaker Pete Walker and director of photography Peter Jessop, with moderation by author Steven Chibnall (Professor of British Cinema at De Montfort University).

Email ThisBlogThis!Share to TwitterShare to FacebookShare to Pinterest
Labels: Director Pete Walker's Frightmare Gets A Blu-ray Push From Kino-Lorber On Mar. 18, DVD and Blu-ray Release Report