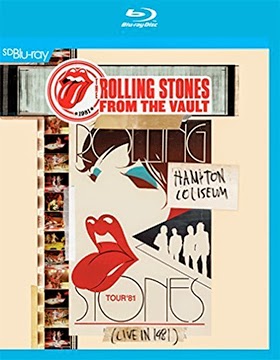 Kicking off the hit parade on Nov. 4 are DVD and Blu-ray SKUs of The Rolling Stones: From the Vault - Hampton Coliseum, Live in 1981.   This live concert was part of the group’s 1981 tour and this venue was set up as a pay-per-view event … raw and live.
The footage from the concert has been restored and legendary Grammy-winner, music engineer and producer Bob Clearmountain has remixed the original tracks (26 numbers in all, plus a “Happy Birthday to Keith” rendition) for this release. 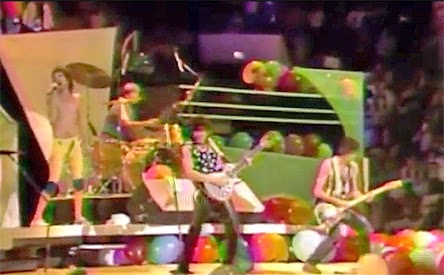 Cuts include “Under My Thumb,” “Time Is On My Side,” “Beast Of Burden,” “Jumping Jack Flash” and topped off with “Satisfaction.”

Nov. 11 brings the DVD and Blu-ray debut of vintage Jim Morrison and The Doors footage filmed by the group.  Titled, The Doors: Feast of Friends, the would-be documentary of their 1968 tour … it was never completely finished and with the exception of a few festival screenings (and unauthorized midnight showings) this ill-fated attempt to capture the group in cinéma vérité blend of behind-the-scenes and on-stage performances has been MIA (for almost 45 years). 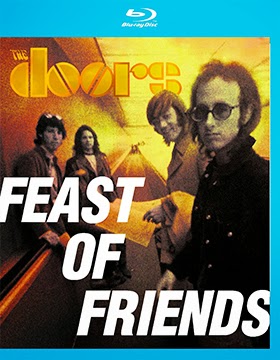 Fully restored from the original negative, the film has been color-corrected and mastered in HD with a newly remixed soundtrack and supervised by Bruce Botnick.  In addition to this 45-minute “time capsule,” Eagle Rock Entertainment has included three bonus goodies to complete this must-have for fans of The Doors.

These are: Feast of Friends: Encore, a newly-prepared look at this unique period in the group’s history, The Doors are Open, a vintage 1968 Brit-TV documentary and The End, which was filmed in Toronto, Canada during August of 1967.

You can toss the bootlegs … come Nov. 11 The Doors: Feast of Friends on DVD and Blu-ray will be the keeper!

Also on Nov. 11 are DVD and Blu-ray editions of the ultra-exclusive, ten-shows only presentation of Monty Python Live (mostly): One Down Five to Go.

Filmed at the famed O2 venue in London on the last of the ten-shows only run, the reunion of Monty Python (sans Graham Chapman, who appears via video clips) was an amazing live stage show.   Comedy skits and classic musical numbers — that all Python fans can sing without a bouncing ball — were blended nicely with new bits that left all ten audiences wanting more!   And we’re talking three-hours on-stage! 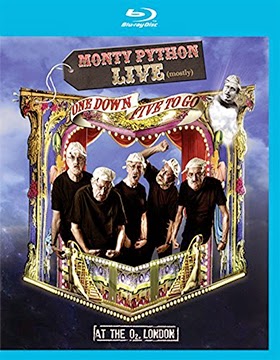 The Stones, The Doors and Monty Python, who could possibly ask for more?
Well, how about more Stones to cap off the three-week run of new-to-DVD and Blu-ray product offerings!!!

Eagle Rock Entertainment does an encore on Nov. 18 with The Rolling Stones: From the Vault - L.A. Forum, Live in 1975.   This classic live concert (40 years ago) will be available as newly-restored DVD and Blu-ray editions.

Two-and-a-half hours on stage, with 25 numbers and capped off by “Sympathy For The Devil,” it just doesn’t get any better than that!   Other songs in the mix that night include “Gimme Shelter,” “You Can’t Always Get What You Want,” “Brown Sugar” and “Jumpin’ Jack Flash.”

No matter how you cut it … that’s one hell of a November line-up!

Email ThisBlogThis!Share to TwitterShare to FacebookShare to Pinterest
Labels: DVD and Blu-ray Release Report, Eagle Rock Entertainment Packs November With The Rolling Stones, Live in 1981, Monty Python And The Doors, The Rolling Stones: From the Vault - Hampton Coliseum