Writer/Director John Bevilacqua’s My Funny Valentine Will Make Its DVD Debut On Nov. 18 From FilmWorks Entertainment 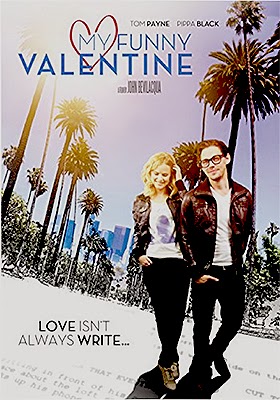 FilmWorks Entertainment announced this past week that writer/director John Bevilacqua’s My Funny Valentine, a comedy about love and writing, will be making its DVD debut on Nov. 18.

Zander (Tom Payne — The Physician, Miss Pettigrew Lives for a Day) is a writer suffering from a form of “writer’s block.”   No, he can write the words quite nicely, that’s not his problem.   But when it comes to the one thing that he really wants, love, he’s folds-up like a house cards into an insecure heap.
He can’t just write love into his life — it just doesn’t work that way — but that exactly what he has in mind when he meets Zoe (Pippa Black — Lemon Tree Passage, as Tonya in TV sitcom Outsourced, etc.).   Thunderstruck, he asks her to assist him with his latest film script, and in doing so figures that he will eventually write his way into her heart.   We shall see how that works out!!! 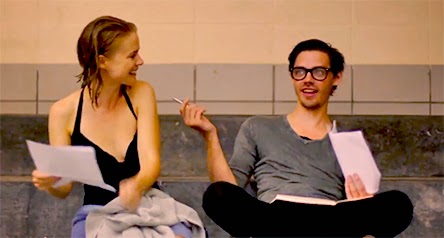 My Funny Valentine is also a love story about the city of Los Angeles, which has never looked more inviting than the way filmmaker John Bevilacqua has filmed it.  Even with the budgetary limitations of an indie flick he delivers a side of the city that few see.

This delightful comedy also includes an inviting soundtrack and some quirky characters (advice to the lovelorn comes from all quarters) that tie it all together nicely. 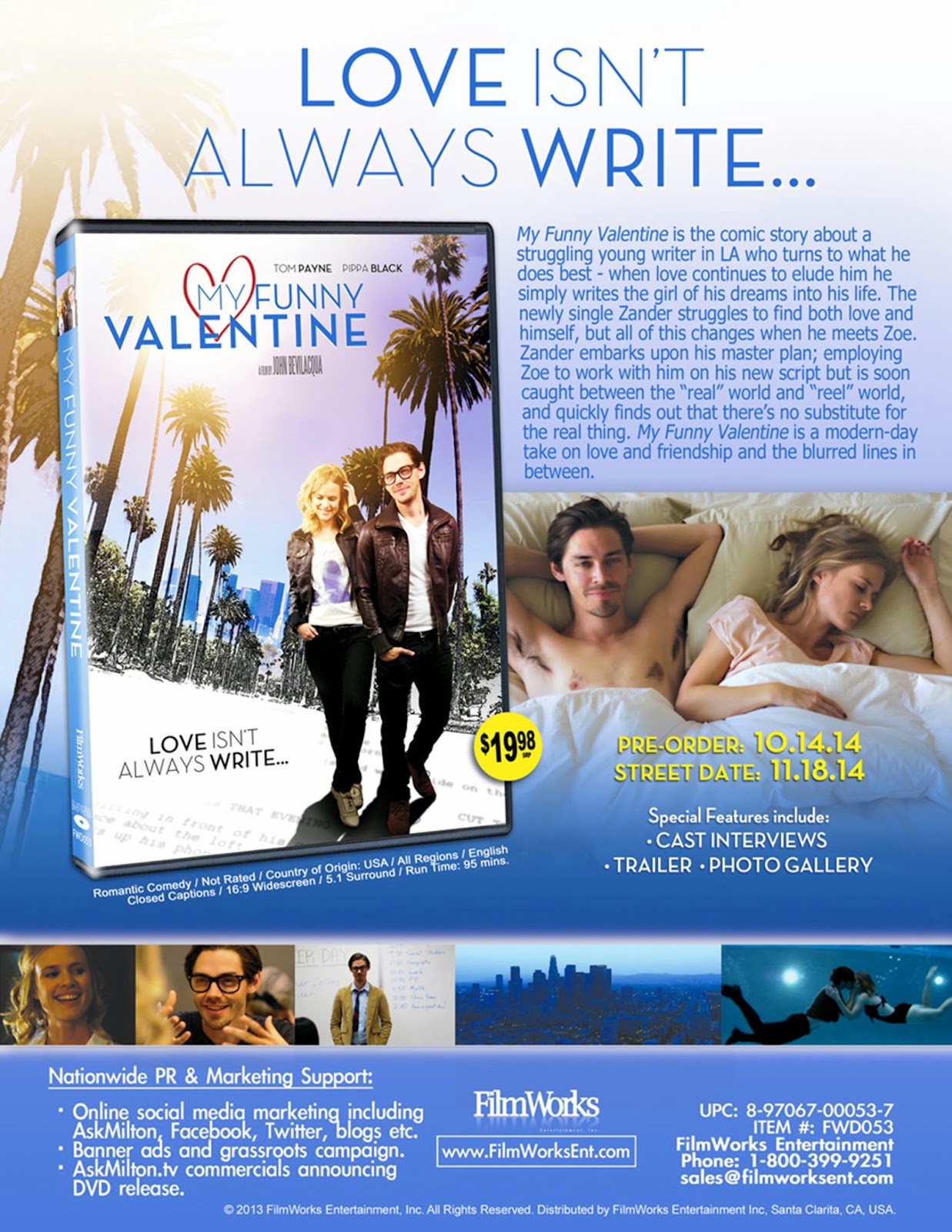 Email ThisBlogThis!Share to TwitterShare to FacebookShare to Pinterest
Labels: DVD and Blu-ray Release Report, Writer/Director John Bevilacqua’s My Funny Valentine Will Make Its DVD Debut On Nov. 18 From FilmWorks Entertainment