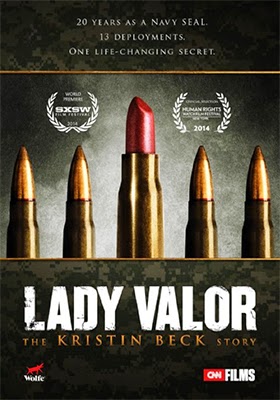 Chris Beck did 13 tours of duty in Iraq and Afghanistan as a Navy SEAL.   They don’t come any tougher than that and Beck has the honors to prove it, but senior chief Christopher Beck’s greatest challenge came after service as a Navy SEAL, when it was revealed on an Anderson Cooper 360° that he revealed that he was a transgender and who would transition to Kristin Beck.

On Oct. 28 Wolfe will present the DVD debut of  documentary filmmakers Mark Herzog and Sandrine Orabona’s Lady Valor: The Kristin Beck Story.   This in-depth look at Beck’s life before — and after — the announcement details the reactions, the friendships won and lost and the battle that didn’t end in the deserts of Afghanistan and Iraq, but continue anew.

Bonus features include footage of Beck in both training and combat and an additional extended interview with Kristine prepared after Lady Valor: The Kristin Beck Story was completed. 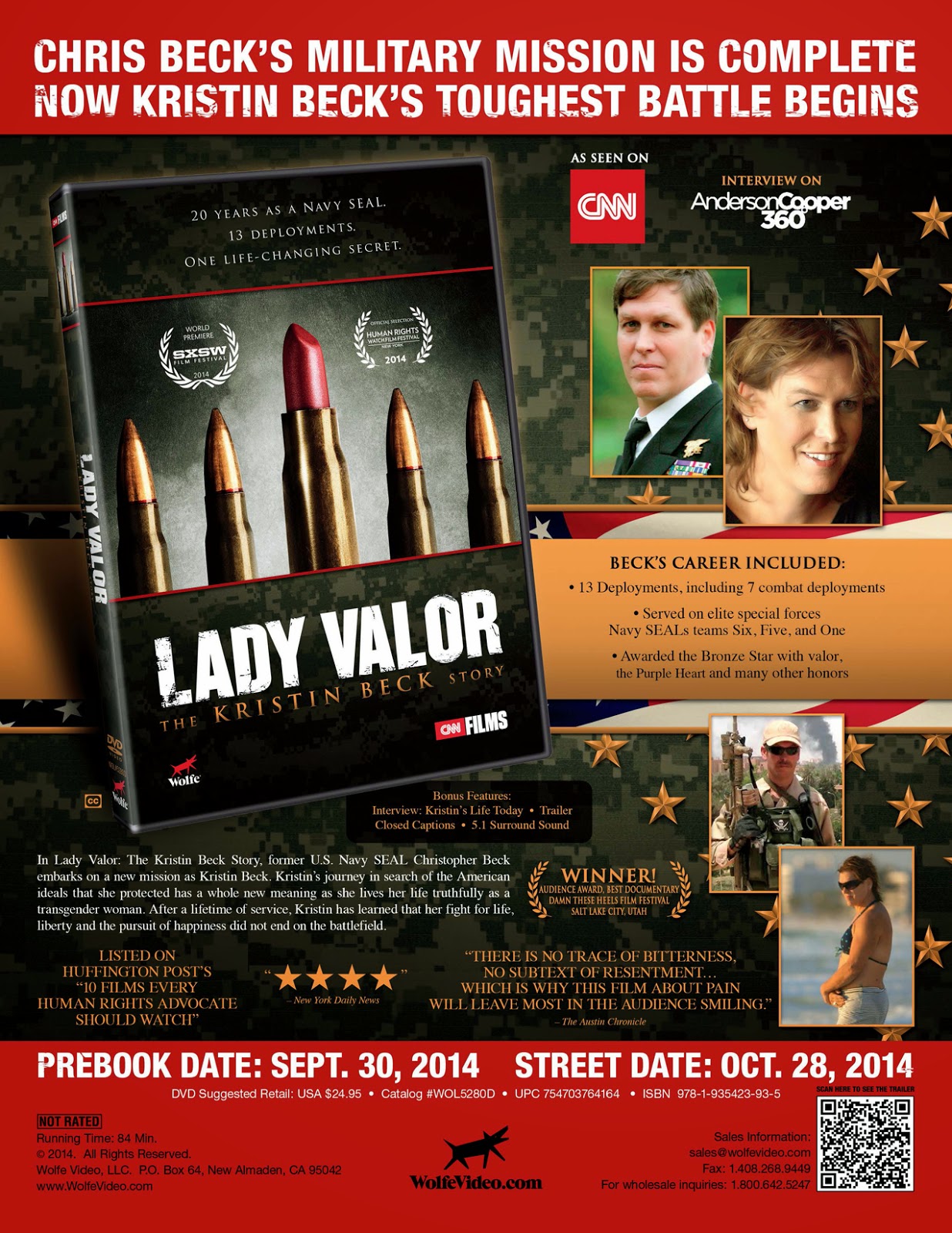