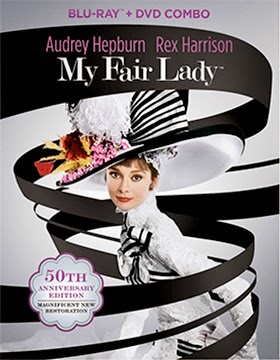 Paramount Home Media Distribution will be celebrating the 50th Anniversary of the theatrical release of My Fair Lady on Dec. 9 with a newly restored special edition Blu-ray/DVD Combo Pack edition.

Bonus goodies include the documentary More Loverly Than Ever: The Making of My Fair Lady Then and Now, the featurette titled “Comments on a Lady,” a vintage interview with filmmaker Martin Scorsese and treasures from the vaults related to this timeless classic, including highlights from the 1965 Oscar ceremonies, footage from both the London and Los Angeles premieres and alternate vocals from Audrey Hepburn. 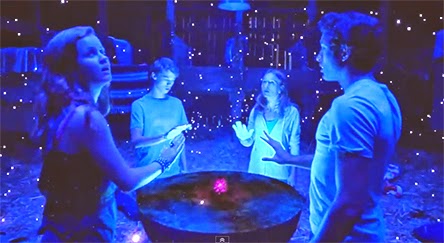 In other release news this week from Paramount Home Media, the Stephen King bestseller, Under the Dome — which started out as an event mini-series, but was so successful that it “mutated” into a full-blown series — returns on Dec. 9 with both Blu-ray and DVD editions of Under the Dome: Season Two.

Bonus features include “Readings from the Dome,” “Welcome Back to Chester’s Mill,” and “Inside/Outside: The Transmedia World,” plus an interview with writer Stephen King. 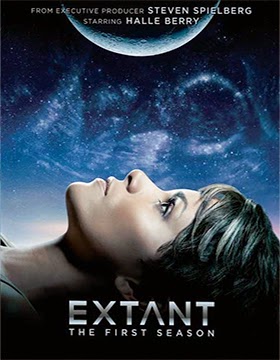 The following week, Dec. 16, Halle Berry’s sci-fi series, produced by none other than Steven Spielberg, Extant: The First Season will be heading to the consumer market place as both DVD and Blu-ray sets (all 13 episodes).

A mysterious space mission (with an “impossible” conclusion) and a robotic “son” (whose program appears to have sanctioned itself) are only a few of the mysteries that confront astronaut Molly Woods (Halle Berry) and her husband John (Goran Visnjic) when she returns from a 13-month solo mission in space.

Bonus nuggets include featurettes variously titled “Extant: Filming Season One,” “The Story of Extant,” “Extant: The Cast,” “The Offspring” and “The Future World of Extant,” plus a there are a collection of CBS video promos for the series.