May 5 Is The Street Date For Warner Bros. Home Entertainment's Five-Film Blu-ray Promotion Celebrating The Career Of Frank Sinatra 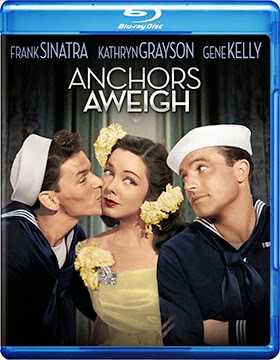 Warner Bros. Home Entertainment has announced a tribute to screen and recording legend Frank Sinatra that will take place on May 5.   Planned for delivery on that date are the debut of three new Blu-ray gems and the launch of a five-film Blu-ray collection.

Of note, the film opened theatrically one month before the end of World War II and would remain as an active theatrical release for the next eight years as world markets reopened … Anchors Aweigh finally making its theatrical debut in Japan almost eight years to the day after its opening in the United States.

Bonus features here include a pair of vintage short films — “Football Thrills of 1944” and Tex Avery’s 1945 theatrical cartoon, “Jerky Turkey” — there is also a featurette titled “Hanna & Barbera on the Making of  The Worry Song." 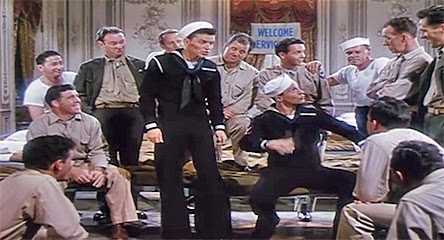 Next up as a first time Blu-ray release is the 1949 musical comedy, On the Town, which once again teams Frank Sinatra with Gene Kelly … Ann Miller, Betty Garrett and Vera-Ellen join the fun. 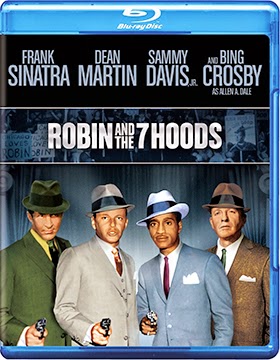 As mentioned, these three new Blu-ray releases — along with the previously released Blu-ray versions of Guys and Dolls and Ocean’s 11 — are included in a five-film collection titled The Frank Sinatra Collection.   The SRP for the entire collection is $69.95, while the individual Blu-ray releases are priced at $19.98 each … so it is quite the bargain for those who do not already own either Guys and Dolls or Ocean’s 11. 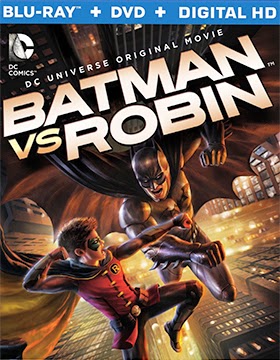 Also added to the release schedule this week by Warner Bros. Home Entertainment is director Jay Oliva’s latest feature-length animated film, Batman vs. Robin.   Both DVD and Blu-ray/DVD Combo Pack editions will be available for fans to own on Apr. 14.

Robin/Damian Wayne (voiced by Stuart Allen) is seduced to the dark side by the mysterious Talon (voiced by Jeremy Sisto) and secretive Court of Owls.   This places him on a collision course with Batman (voiced by (Jason O'Mara) … will Gotham survive this clash of super heroes?

Bonus features include two production featurettes — “Gotham's City Secret: The Mythic Court of Owls” and “Talons of the Owl” — plus commentary and unspecified cartoons from the DC Comics film vault.

Lastly, a three-disc DVD edition of The Mentalist: The Complete Seventh Season will be released on Apr. 28.

Email ThisBlogThis!Share to TwitterShare to FacebookShare to Pinterest
Labels: DVD and Blu-ray Release Report, May 5 Is The Street Date For Warner Bros. Home Entertainment's Five-Film Blu-ray Promotion Celebrating The Career Of Frank Sinatra