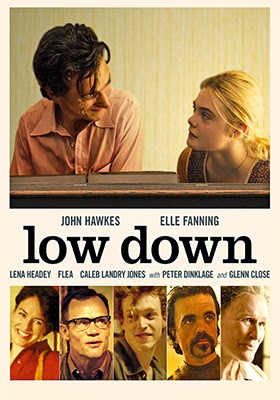 Oscilloscope Laboratories has tabbed Mar. 10 for the DVD debut of director Jeff Preiss’ film adaptation of Amy-Jo Albany’s memoir about her jazz pianist father, Joe Albany, “Low Down: Junk, Jazz, and Other Fairy Tales from Childhood.”

Titled for the screen as simply Low Down, John Hawkes (Winter’s Bone, The Sessions, etc.) stars as Joe Albany, while Elle Fanning takes on the role of his young, but insightful, daughter, Amy-Jo.

The ARR is 137 days and the film’s limited arthouse run generated ticket sales of $44,500.    The film made its debut at the Sundance Film Festival in January of 2014 and then worked the festival circuit throughout most of 2014.   The DVD rollout by Oscilloscope gives Low Down an excellent opportunity to reach a much wider audience, especially those drawn to the jazz milieu. 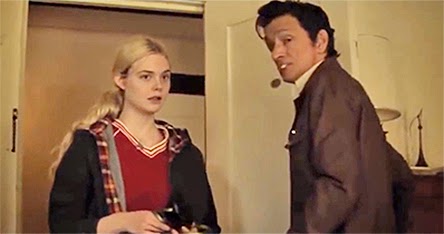 A contemporary of Benny Carter, Charlie Parker, Charles Mingus and Miles Davis, Albany recorded no less than eight albums under his own name (and contributed his talents to others) and was celebrated by his peers for his touch of genius, but his demons of drug addiction and poor choices brought him a life of despair and all too predicable sad ending.

The film pulls back the covers on a lifestyle that is equal parts music, creativity and darkness … all seen from the POV of his daughter.

Bonus features here include commentary with filmmaker Jeff Preiss, who is joined by jazz saxophonist and composer Ohad Talmor and Village Voice film critic Ed Halter, plus a behind-the-scenes featurette.