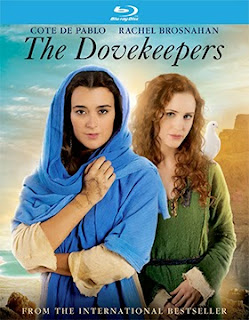 Paramount Home Media Distribution announced this past week that director Yves Simoneau’s mini-series adaptation of Alice Hoffman’s best-selling novel, The Dovekeepers, will be available as both DVD and Blu-ray product offerings on July 14. 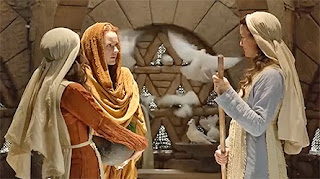 Sam Neill — in something of a dramatic invention — plays Josephus, the Roman scholar who reported on the events and upon whose account historians rely on to understand what happened during General Lucius Flavius Silva’s extended siege of the seemingly impregnable fortress.

Email ThisBlogThis!Share to TwitterShare to FacebookShare to Pinterest
Labels: Paramount Home Media's The Dovekeepers On DVD And Blu-ray This Coming July 14, The DVD and Blu-ray Release Report