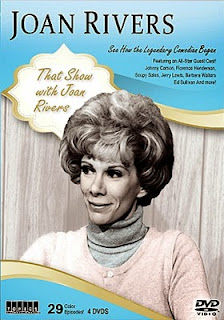 The Film Chest teams with Topic Entertainment for the June 23 release of a four-disc DVD collection of That Show With Joan Rivers.

In September of 1968 WNBC in New York began airing a 30-minute celebrity guest show hosted by comedian Joan Rivers … it was simply titled That Show.  Each segment opened with the Rivers doing a stand-up monologue, which was followed by the arrival of a guest celebrity, who were tasked with providing insights on a wide-range of topics.

The Film Chest has assembled 29 of these classic episodes, which includes such guests as Johnny Carson discussing nudism, Soupy Sales providing hilarious tips on wallpaper, Rita Moreno with her subject, dreams, and Barbara Walters — of all people — on the subject of “boating safety.”   Even Ed Sullivan, Florence Henderson, Lily Tomlin and James Earl Jones join in on the fun … and all in glorious color!!! 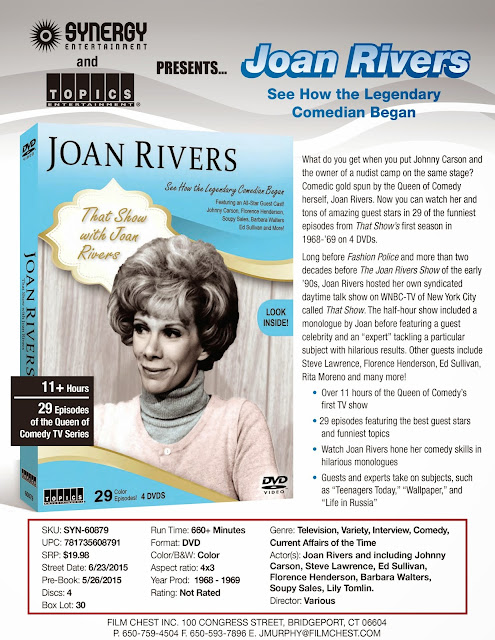 Email ThisBlogThis!Share to TwitterShare to FacebookShare to Pinterest
Labels: The DVD and Blu-ray Release Report, The Film Chest Teams With Topic Entertainment For That Show With Joan Rivers On June 23