Cleopatra Music And Films Readies The Rift: Dark Side of the Moon For DVD Release On Dec. 12 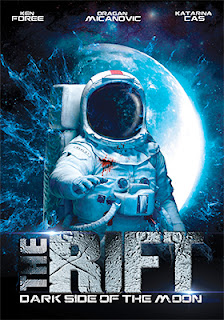 Cleopatra Music & Films, with sales and distribution expertise provided by MVD Entertainment Group, has selected Dec. 12 for the DVD debut of director Dejan Zecevic’s sci-fi thriller, The Rift: Dark Side of the Moon.

Something happened on the moon.   In a prologue we learn that a team of American astronauts encountered something during their mission on the moon and now all hell is about to be unleashed on Earth!

With the aid of local Serbian operatives, a team of CIA agents are dispatched to a remote area north of Belgrade to investigate the downed spacecraft … included on the team are “John Smith” (Ken Foree — Dawn of the Dead, Leatherface: Texas Chainsaw Massacre III, Water for Elephants, etc.), Liz Waid (Katarina Cas — The Wolf of Wall Street, Danny Collins) and Dysart (Monte Markham).

The effects of the conflict in Serbia remain and much of the area that they focus on in their search is battle scarred and abandoned, which brings an eerie and uneasy feeling to their efforts.   Soon they discover one of the astronauts from the mission, who is neither all that well (in fact, he’s dead) and he has a story for them that none of them are all that eager to hear.

It seems that they encounter a malevolent force on the moon — an alien presence — that has transported itself to Earth (a presence that is capable of time-shifting and time-portal transporting) and this “force” is preparing an army for invasion.   Army?   What army … everything looks pretty much dead around here!   That would be the army … the dead from Serbia’s bloody recent past!!! 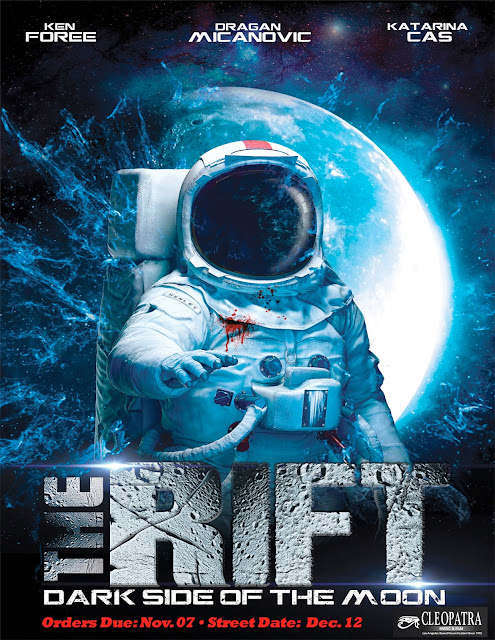 Email ThisBlogThis!Share to TwitterShare to FacebookShare to Pinterest
Labels: Cleopatra Music And Films Readies The Rift: Dark Side of the Moon For DVD Release On Dec. 12, DVD and Blu-ray Release Report