Vinegar Syndrome Picks Dec. 12 For The Next Slate Of New Film Restorations For DVD And Blu-ray Release 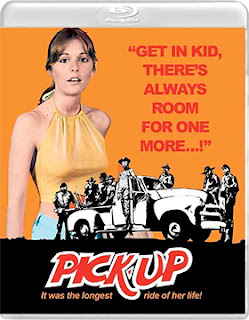 Vinegar Syndrome announced this past week that Dec. 12 will be the next street for the next selection of new Blu-ray and DVD restorations.

It is like a cinematic wonderland … where does one begin!!!

This is a mixed-genre mishmash that is part sexploitation, part occult thriller and part drug-induced hippie/magic bus/trip-out.   In other words, Pick-Up can be anything you want … and then some.

Carol (Jill Senter in her only film role) and Maureen (Gini Eastwood, also in her only screen appearance) are hanging out in the Florida Everglades when a converted bus (a decked-out home away from home tour bus) stops and the driver, Chuck (Alan Long, yes his only screen appearance as well), offers them a ride (they were just sort of there in the weeds).   Carol is all for it, but Maureen senses danger, but in they get and off they go. 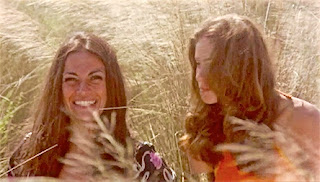 Meanwhile, Maureen has settled in with her tarot cards and is experiencing all sorts of weird vibes.   Pretty soon, and we are not pulling you leg here, Chuck comes to a detour, out in the middle of nowhere, manned by one guy with no apparent reason to be there.   On the side road, that they are directed to, they eventually get bogged down and some pretty strange things unfold. 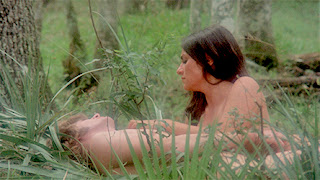 There’s a mystical temple in the swamp that Maureen happens upon (an excuse to get naked), Chuck and Carol find a baby raccoon (and they too get naked) and there’s a clown, with balloons, prancing around … must have missed the party.  Oh yes, remember those guys in the pick-up truck, they too will find their way to this party spot.

Pick-Up, like we said, is anything you want it to be.   It can be viewed as simply a mid-‘70s drive-in sexploitation flick … or a pretty strong case can be made that the entire series of events that unfolded were simply visions of “possible things to come” experienced by Maureen (the ending seems to suggest this) just before her and Carol got on the bus at the beginning of the film. 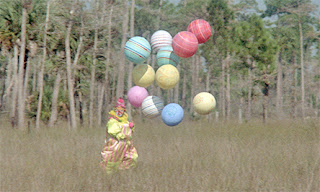 Next up is a double feature showcasing two by cult filmmaker Andy Milligan.   Teamed together — with new 4K restorations — are Seeds (1968) and his 1965 short film, Vapors.

Seeds is a thought-to-be-lost killer-on-the-loose thriller that appears to have had some regional theatrical exposure from fly-by-night distributor, Harrington Film Distributing Corporation, back 1968.   In any case, the film was withdrawn from distribution and re-cut as Seeds of Sin, which surfaced back in 2004 on DVD as part of a double-feature release from Something Weird Video … with Milligan’s The Ghastly Ones (also released theatrically in 1968, but by J.E.R. Pictures). Vinegar Syndrome has re-assembled Seeds into it’s original director’s cut (unseen since 1968) and is also including the alternate “sexploitation” cut, Seeds of Sin.

As to bonus goodies, there is a video session with writer John Borske, who gave us scripts for Gutter Trash, Torture Dungeon and Bloodthirsty Butchers (all joint efforts with director Andy Milligan), another video session with Vapors’ actor Gerald Jacuzzo (Torture Dungeon, Guru, The Mad Monk), a Q&A session film at the Quad Cinema screening in New York earlier this year featuring Borske, Jacuzzo and Seeds’ actress Patricia Dillon (who also appeared in Milligan’s Gutter Trash and Torture Dungeon). 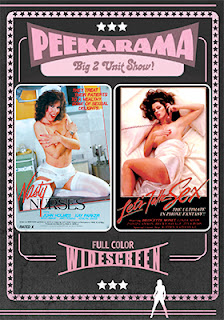 Email ThisBlogThis!Share to TwitterShare to FacebookShare to Pinterest
Labels: DVD and Blu-ray Release Report, Vinegar Syndrome Picks Dec. 12 For The Next Slate Of New Film Restorations For DVD And Blu-ray Release