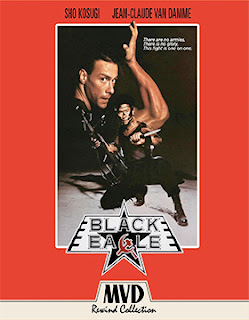 A state of the art fighter jet, with a top-secret laser tracking system, goes down in the Mediterranean (near Malta) and this begins a life and death race to recover it between the KGB, lead by Colonel  Klimenko (Vladimir Skomorovsky) and his “killing machine,” Andrei (Jean-Claude Van Damme) and CIA operative Ken Tani (Sho Kosugi).

It’s martial arts mayhem as these two action superstars clash with Ken Tani seemingly outmatched, but as we know from his performances in Ninja Assassin and Revenge of the Ninja, his size can be deceiving!

MVD will be presenting both cuts of the film — the 1988 theatrical cut and the “Uncut Extended” edition (clocking in at an extra 11 minutes).    Other bonus goodies include deleted scenes and four newly-prepared featurettes — “Sho Kosugi: Martial Arts Legend,” “The Making of Black Eagle,” “Tales of Jean-Claude Van Damme,” and “The Script and the Screenwriters.” 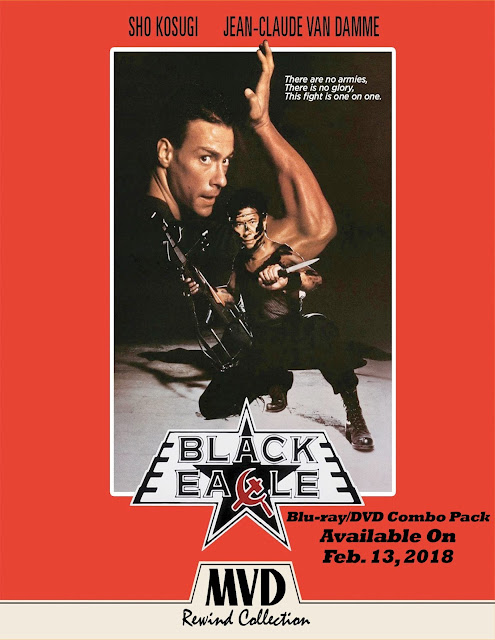