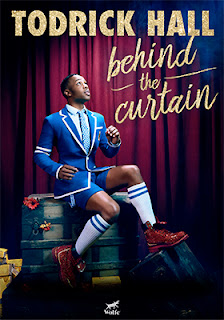 Wolfe announced this past week that documentary filmmaker Katherine Fairfax Wright’s fun-filled documentary, Behind the Curtain: Todrick Hall, will be making its DVD debut on Dec. 19.

Todrick Hall, a YouTube sensation — and a force of nature — is the subject of her gaze, which, as the backstory tells us, was quite by accident.   Hall had a commitment to Awesomeness Films that was beginning to encroach upon his time and a project that was he committed to was literally consuming all of his time — we won’t say “and energy” since he seems to have an unlimited supply of that.

The solution, let Wright film “the project” that you are working on and let her tell your story and that will fulfill your obligation … it was a deal.   And, if the truth be known, we are all the better for this moment of business inspiration as the filmmaker becomes an insightful part of Hall’s creative process.

So who is Todrick Hall?   He’s a gay, black man from Plainview, Texas who took to ballet at the age of nine.   He made a living as a dancer and performer — a professional entertainer, if you will — and that might have been his future, but in 2009 he auditioned for American Idol and made it all the way to the semi-finals.  It was clear that he had a gift that would take him creatively “out of the chorus line.” 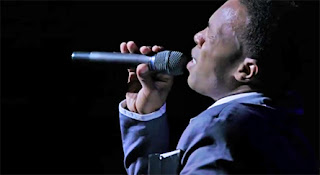 Meanwhile, his YouTube.com presence grew and grew — a showcase for his material.   Hall had envisioned a “video album” based on The Wizard of Oz, which he called “Straight Outta Oz.”   Enter filmmaker Katherine Fairfax Wright during this creative process, who wound up spending the next nine months chronicling Hall’s work to fulfill his creative dream.

“Straight Outta Oz” became both a performance album and a touring stage play … once you see Wolfe’s DVD release of Behind the Curtain: Todrick Hall you will want to seek out Hall’s YouTube channel and enjoy all 16 videos that encompass his “Straight Outta Oz” performance.   If you are already a fan, then this documentary from Katherine Fairfax Wright is a must; a keepsake!! 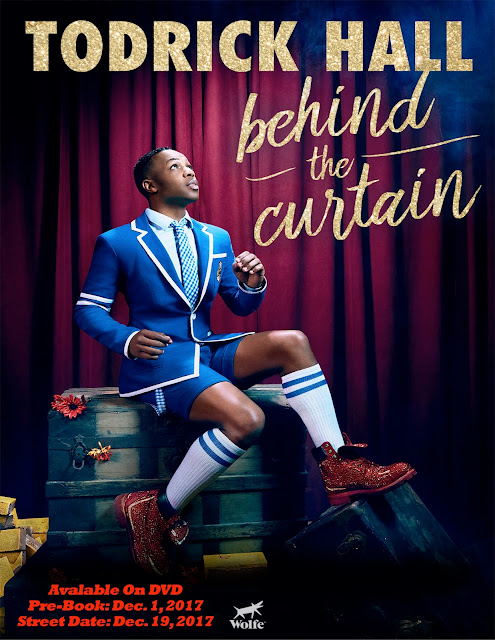